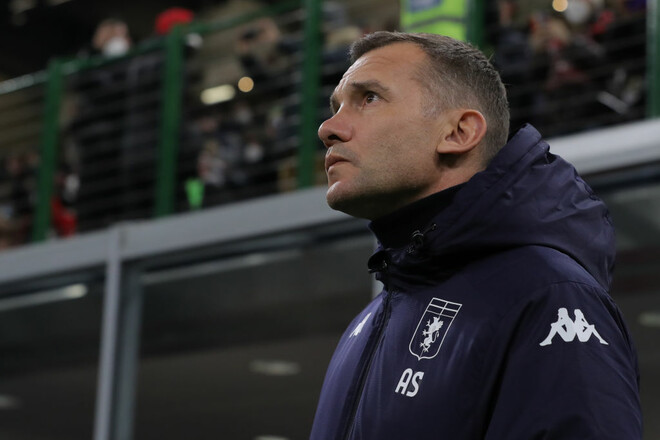 
Now the Milan legend is in Pescara, where he has already met with the owner of the club, Daniele Sebastiani, and will be present at today’s match against Gubbio.


According to the local press, the former Genoa coach is in talks with Sebastiani over the acquisition of a controlling stake in the Blue and White club. Sheva is the representative of a group of entrepreneurs interested in this purchase.


Pescara finished the regular season in fifth place in Group B of Serie C. The meeting with Gubbio is the first round of the playoffs for promotion. The team is coached by Luciano Zauri, a former defender of Atalanta, Lazio, Fiorentina and Sampdoria, who played about 300 matches in Serie A and played five times for the Italian national team.

SENCHENKO: “Russian athletes who supported the war are nonhumans”

Podolyak – about Zakharova: “The lack of cocaine forced me to switch to a heavier one”

Podolyak - about Zakharova: "The lack of cocaine forced me to switch to a heavier one"

Olga KHARLAN: “I have nothing to say”