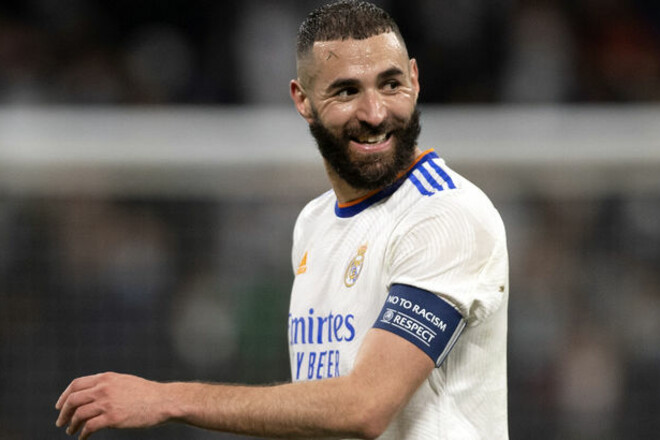 Real Madrid striker Karim Benzema converted a penalty to put the team ahead on aggregate in the 3-1 semi-final against Manchester City. This goal was the 15th for the Frenchman this season of the Champions League.

Karim has only 2 goals to score before Cristiano Ronaldo’s record. In the 2013/14 season, the Portuguese, playing for Real Madrid, scored 17 goals in the Champions League.

Real Madrid will face Liverpool in the Champions League final on May 28.

A shock for Fonseca and Ismaily. PSG shipped 7 goals to Lille, Mbappe has a hat-trick

Pedrinho will leave for Brazil. Shakhtar refused PSV and Lille in the transfer of the winger

Minister of Defense of Ukraine: “Heroes of Mariupol held back 20,000 invaders of the Russian Federation”