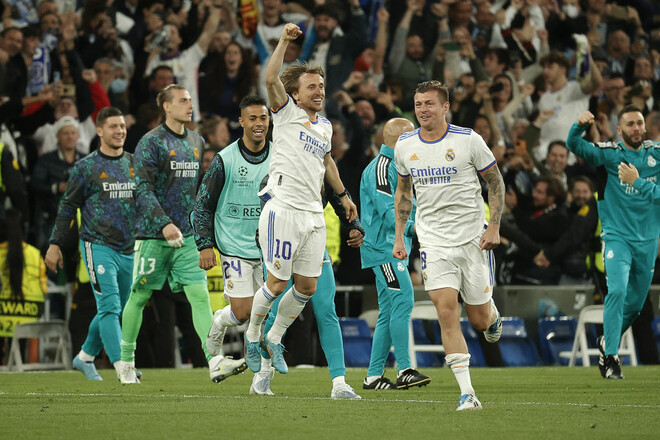 We offer you to familiarize yourself with the selection of the main news and materials on Sport.ua for Wednesday, May 4.

1. Rodrigo and Benzema did a miracle! Real beat Man City to reach the Champions League final. Oleksandr Zinchenko came on as a substitute, but his team couldn’t keep the lead

2. Winning goal with the chest! Dynamo beat Basel in a charity match. Denis Popov sent the winning ball into the opponent’s goal in an original way

3. How Mikhailyuk and Len spent their season in the NBA. The Sport.ua columnist summarizes the results of another career year for our overseas basketball players

4. Taichman stopped Kalinina at a tournament in Madrid. Angelina is too tired after previous matches

6. A new contender for Mudrik. The German club became interested in the Ukrainian. Who will get the Ukrainian talent?

7. Zelensky announced a new stage of the war with Russia. The President said that Ukraine has ceased to retreat

8. Andriy Shevchenko may become president of the Italian club. In the near future, the purchase of Pescara is possible

9. Mino Raiola: super agent, businessman and Balotelli’s second father. Blogger Sport.ua – about one of the most controversial figures in modern football

10. Rebrov won the UAE Cup with Al Ain. Shabab Al-Ahly was beaten in the final

Kyrie Irving may leave Brooklyn for the Lakers