Russian players released stickers in CS:GO with the swastika Z

Russian players in Cloud9 Dmitry sh1ro Sokolov and Timofey interz Yakushin got into a scandal.

Valve has released stickers dedicated to PGL Major Antwerp 2022. The sh1ro and interz stickers had the letter Z highlighted, which in the modern world has become a symbol of the war of conquest unleashed by Russia. 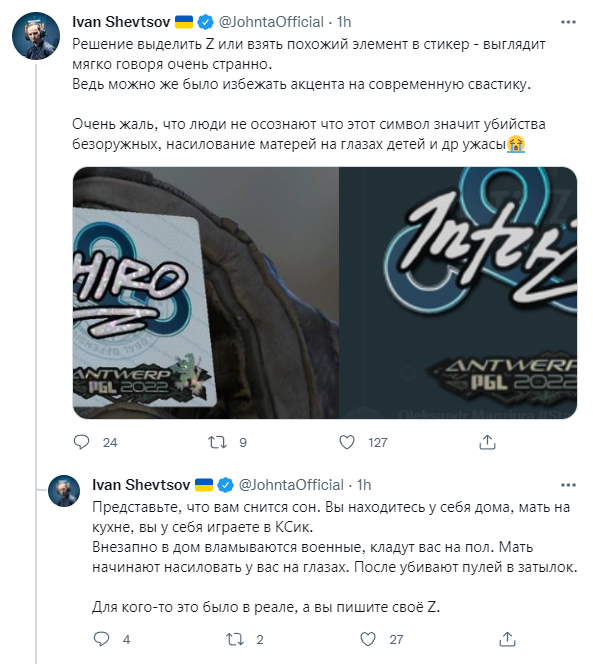 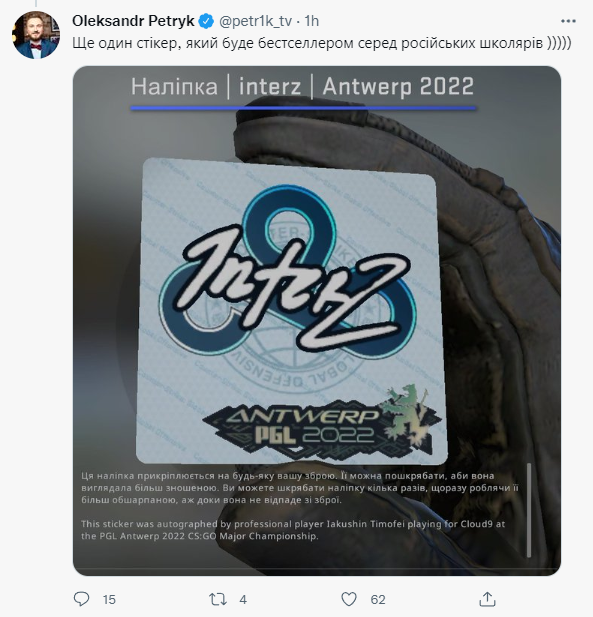 Earlier, for a similar symbol drawn by Ivan Pure Moskalenko on the mini-map in Dota 2, the Virtus.pro roster was disqualified from Dota Pro Circuit 2021/2022 for the CIS. Subsequently, the Russian club terminated the contract with the cybersportsman.

VIDEO. Guardiola’s reaction to defeat in the Champions League semi-finals

Oleksandr KRAVCHENKO: “The Semerenko sisters will be on the list of the national team”

Oleksandr KRAVCHENKO: "The Semerenko sisters will be on the list of the national team"

Neymar’s conflict with Mbappe has not lost its relevance

Valeriy BONDAR: “We gave all our strength”