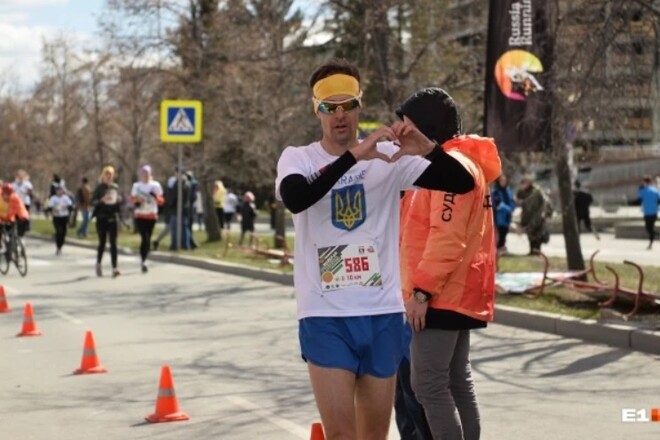 On May 2, Yekaterinburg hosted the May Thunderstorm race, in which Alexander Antonov took second place. However, he was remembered first of all not by the result, but by the fact that he ran in a T-shirt with the coat of arms of Ukraine.

Such an act of Antonov provoked an angry reaction from the main Kremlin propagandist Vladimir Solovyov:

“He so proudly uploads his photo … Well, why? Is this all intentional? Is it to show how right I am? There can be no other logic in this. He runs in a “Ukraine” T-shirt. Joyful, happy. He is delighted with himself. This is proof of everything that I said about Yekaterinburg,” said Solovyov, who had previously called Yekaterinburg “the center of a filthy liberota.”

Antonov himself said that after the race he began to receive threats in social networks:

“Tons of hate hit me on social networks, I don’t even go in, I block them. It is clear that among them there are both bots and real people, but there are many of them. “Die, scum” is the most harmless of what they wrote to me. I did not expect such a scale. In the post, I focused on the sports result, and not on the T-shirt in which I finished.”

Haaland reveals why he decided to move to the Premier League