NAVI removed the flag from Russian players in the team profile

Ukrainian multigaming Natus Vincere removed the flag from Russian players from CS:GO and Dota 2 rosters on the official website.

Three Russians play in NAVI CS:GO — Denis electronic Sharipov, Kirill Boombl4 Mikhailov and Ilya Perfecto Zalutsky. In May, the team will play at the Major in Antwerp.

Two representatives of Russia play in the Dota 2 roster – Aleksey Solo Berezin and Georgy swedenstrong Zaynalabidov.
Earlier, the CEO of NAVI said that the decision on Russian players in the teams will be made after major tournaments. 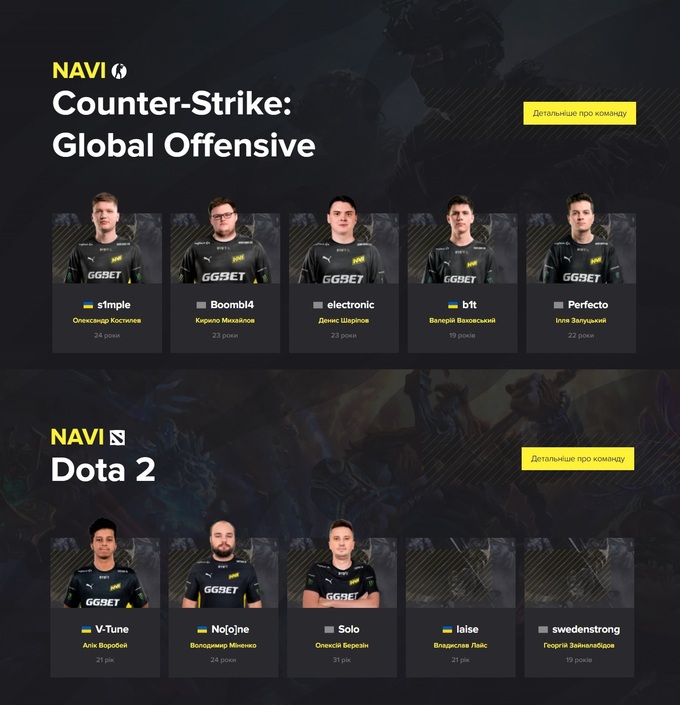 Salernitana increased their bid for Dovbiku

Sergei LAVRINENKO: “A draw with Metalist is a natural result”