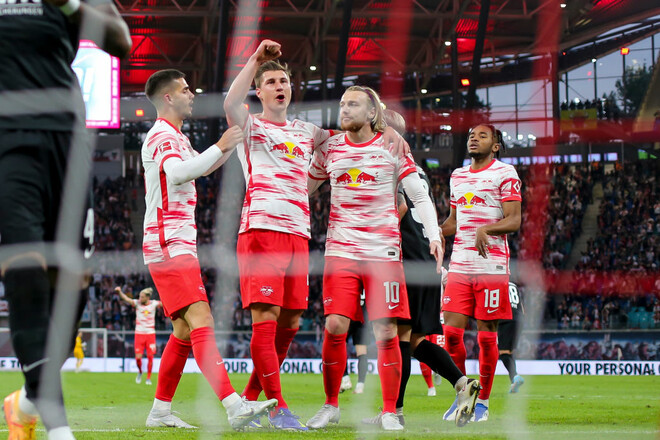 On May 8, three matches of the 33rd round of the German championship took place.

Thus, RB Leipzig scored 57 points and is in 4th place in the Bundesliga, which gives the right to take part in the Champions League next season.

Milan outplayed Verona and regained the lead. Inter a little behind

Atlético Madrid – Real Madrid – 1:0 – Video and review of the match – An example of the championship of Spain

Atlético Madrid - Real Madrid - 1:0 - Video and review of the match - An example of the championship of Spain

“Krish will show himself yet.” Ronaldo appreciated the prize for the best scorer of the national teams

Cuadrado returns to training with Juventus

Eintracht coach: “The match with Real Madrid is the reward for an incredible season”