Ferguson rushed to hospital after brutal knockout by Chandler 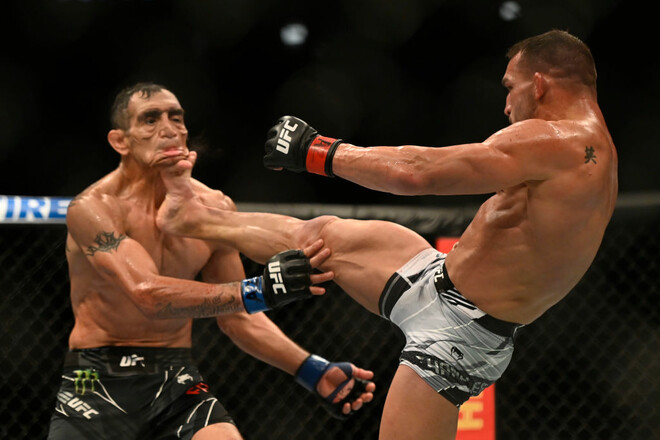 On the night of May 8, the UFC 274 tournament took place in Phoenix (Arizona, USA). In the second most important fight of the evening, two lightweight Michael Chandler and Tony Ferguson met.

Chandler caught the opponent in the second round, knocking him out with a powerful front kick to the head.

After the fight, 38-year-old Ferguson was taken to the hospital. This was stated by the head of the UFC Dana White. Tony’s condition is currently unknown.

Recall that for Ferguson this is the third hard defeat in a row. Previously, he lost to Justin Gaethje, Charles Oliveira and Beneil Dariush.

Taras STEPANENKO: “Someday the World Cup will be held in Ukraine”