Leicester – Everton. Forecast and announcement for the match – Premier League of the Championship of England – 08.05.2022 ⋆ SPORT.UA 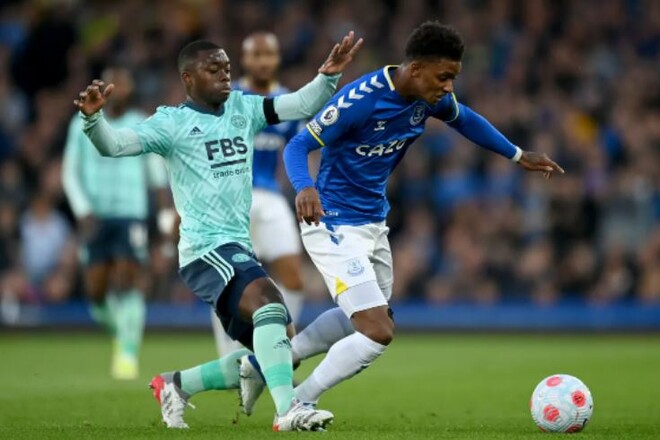 On Sunday, May 8, the match of the 36th round of the English Premier League will take place in Leicester at the King Power Stadium, in which the local Leicester will host Everton. The starting whistle of 42-year-old referee Craig Pawson from South Yorkshire will sound at 16:00 Kyiv time.

The Foxes have nothing to fight for in the tournament plan. They occupy more than a modest 11th place in the season table, having 42 points after 33 meetings. Getting into the relegation zone threatens them only theoretically. From her “Leicester” came off today by 10 points. However, the team of Brendan Rodgers is now in an unpleasant streak, having a series of four matches without a win (2 draws, 2 losses).

To the delight of Leicester fans, their favorites are still holding their own at home. They have the 8th record in the Premier League in home matches – 28 points in 16 matches (8 wins, 4 draws, 4 losses). In their last five matches at home, the Foxes have achieved three wins and two draws.

The team of Ukrainian defender Vitaliy Mykolenko continues to fight to retain a place in the English Premier League. Today in the championship table she is 18th, leading the trio of outsiders with 32 points scored. This is only two points less than Leeds, who are in a safe 17th place.

In the previous round, Frank Lampard’s men beat Chelsea (1:0) at home. By doing this, they improved their chances of salvation, and also added additional intrigue to the fight for places in the top 4. However, the old glory loves the new, so the “toffees” do not have time to rest on their laurels.

We believe that in the upcoming match, the guests will definitely hit the hosts’ goal at least once, and at the same time have every chance not to lose. Our bet will be the position – both teams in the match will score a goal with a coefficient of 1.74 on the Parimatch line.

A PHOTO. Usyk congratulated his charming wife on their wedding anniversary

A PHOTO. It became known in what form Ukraine will play against Wales

Vyacheslav BOBROV: “The national team of Ukraine can fulfill all the tasks”