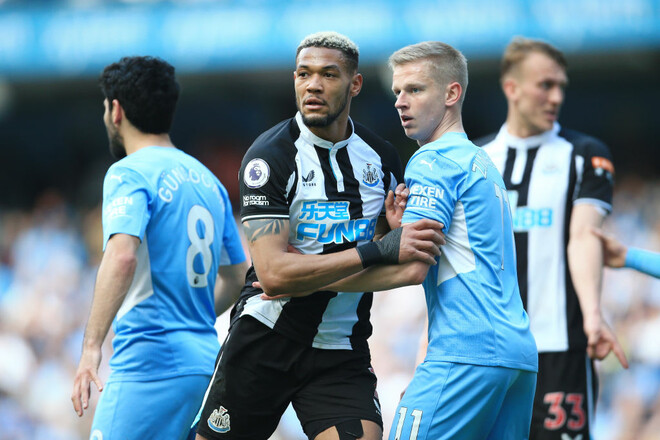 On May 8, in the match of the 36th round of the English Championship, Manchester City defeated Newcastle with a score of 5: 0.

Ukrainian defender Alexander Zinchenko spent the entire match on the field and scored an assist on Phil Foden at the end of the game.

A double at Man City was scored by striker Raheem Sterling. Aymeric Laporte, Rodri and Phil Foden each scored a goal.

Pep Guardiola’s side lead the Premier League with 86 points, Liverpool are three points behind the title-leaders with three matches left in the competition.

Ukrainian Women’s Day in Eastbourne. Kalinina knocked out the fifth racket of the world