Before the start of the evening training on May 7, the coach of the Ukrainian national team Oleksandr Petrakov met with the President of the Union of European Football Associations Alexander Cheferinwho made a short visit to his native Slovenia a few days before the 46th UEFA Congress, which will be held on 11 May in Vienna.

As you know, it was the head of European football who invited the national team of Ukraine to hold preparatory camps at the training center of the Slovenian Football Union and ordered that UEFA bear all the expenses for the stay of the blue-and-yellows. Earlier, Čeferin received a phone call from the President of the UAF Andrey Pavelkowho in wartime decided not to leave the territory of his native country, in a friendly conversation asking to visit the location of the team.

Consequently, the UEFA President personally made sure that everything was in order in the training camp of the Ukrainians. Blue and Yellow head coach Alexander Petrakov sincerely thanked his famous namesake, whom he has known for a long time, for the care and hospitality that the Slovenes show to the Ukrainians in the difficult time of the war.

“Thanks to you, we feel at home, for which we are simply infinitely grateful to all of Slovenia,” said the head of the Ukrainian team. In turn, Aleksander Ceferin assured that he would continue to support Ukrainians in their needs.

Before the start of the evening training, the team congratulated the midfielder on his birthday with applause Alexandra Pikhalenkawho is 25 years old. As at the beginning of the week, the national team again has a tandem of birthdays – the anniversary of the senior manager of the team Alexander Kistkin. On this occasion, for dinner to the friendly team singing “Happy birthday to you!” solemnly carried out two festive cakes.

But this was after a workout full of action. After a run and a warm-up, the teams took part in the ball control speed relay race with the stroke of the racks. The coaching staff maximizes the competitive effect in the current sessions, encouraging the players to return to playing condition. During the main part of the training, game series, the guys received appropriate tasks that forced them to quickly search and make a decision. 20 players took part in the intense session.

Mikhail Mudrik completes the recovery: he has already participated in the warm-up, relay, square and in the near future should fully join all the activities of the main group of players. Viktor Tsygankov continues rehabilitation after damage to the adductor muscle of the thigh. Alexey Gutsulyakwho injured the lateral ligament of the knee joint, needs treatment, which will be carried out under the supervision of the team’s doctors.

On May 8, the national team of Ukraine will have two training sessions, in particular, a two-sided game between the teams is scheduled in the evening. 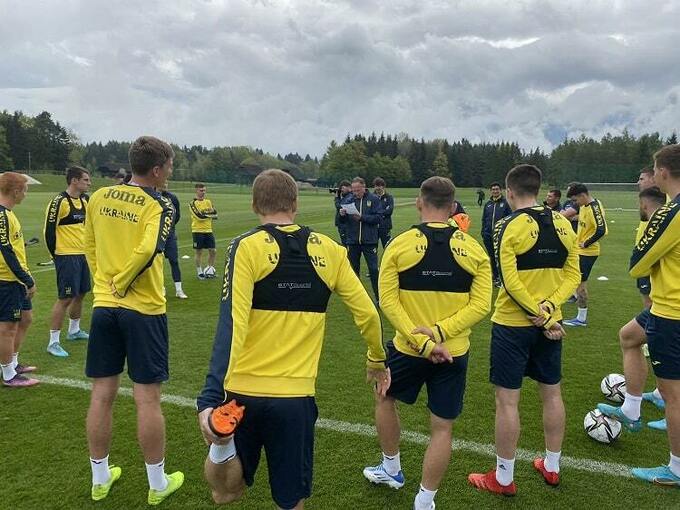 Ukrainians win two medals in Jiu-Jitsu at the World Games