75th day of the war. May 9. President of the Russian Federation Vladimir Putin continues to wage a war of aggression in Ukraine. In connection with military aggression Sport.ua switched to a special mode of operation. The site covers all the events that take place in Ukraine.

Online broadcast of events, May 9

10:30. Fuhrer Putler started a parade in Moscow, there will be no aviation

In Moscow, a parade began, timed to coincide with the 77th anniversary of the victory in the “Great Patriotic War”.

At 10:00 Fuhrer Putin arrived at Red Square. The air part of the parade in Moscow was canceled due to the weather, Sands said. Military equipment of the Russian Federation stood on Red Square on May 9 long before the start of the events. People in front of the Kremlin also gathered in advance.

Before that, defeat parades were held in Novosibirsk, Khabarovsk, Yuzhno-Sakhalinsk, Vladivostok. In Chita, the parade was held in rain and snow.

There are two photos from the event. 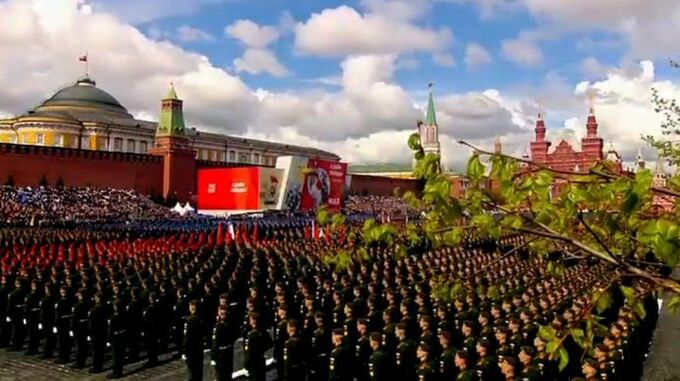 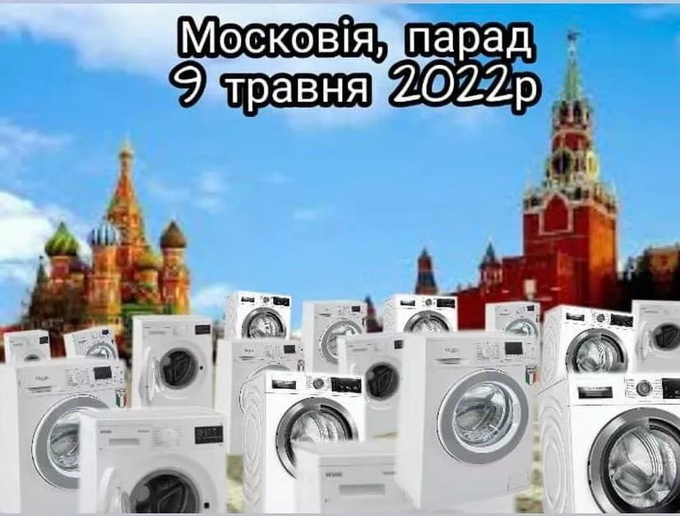 President of Ukraine Vladimir Zelensky May 9 congratulated Ukrainians on Victory Day over Nazism:

“This is not a war of two armies. This is a war of two worldviews. Barbarians who bombard the Skovoroda Museum and believe that our philosophy can be destroyed with their missiles. We are fighting for freedom for our children, which means we will win. We will never forget what our ancestors did in World War II, in which more than 8 million Ukrainians died.

And very soon there will be two Victory Days in Ukraine. And who won’t have one. We won then. We will win now. And Khreshchatyk will see the victory parade – the victory of Ukraine! No one can annex the victory in World War II from Ukraine, which, as part of the anti-Hitler coalition, fought against Nazism. What is our advantage over the enemy? We are smarter than one book. This is a textbook on the history of Ukraine.

We would not know grief if all our enemies could read and draw the right conclusions. On February 24, Russia launched an offensive. Attack on the same rake. They are stepped on by every invader who comes to our land. We have lived through various wars. But they all had the same ending. Our land was sown with bullets and shells, but not a single enemy could take root. There are no fetters that can bind our free spirit.”

09:40. General Staff: the Russian army has already demilitarized on 1145 tanks

Since the beginning of the full-scale aggression against Ukraine, the Russian army has lost 1,145 tanks, 158 helicopters and 377 drones.

The General Staff of the Armed Forces of Ukraine: The total combat losses of the enemy from 24.02 to 09.05 approximately amounted to:

It is noted that over the past day, the greatest losses of the enemy were observed in the Avdiivka direction. 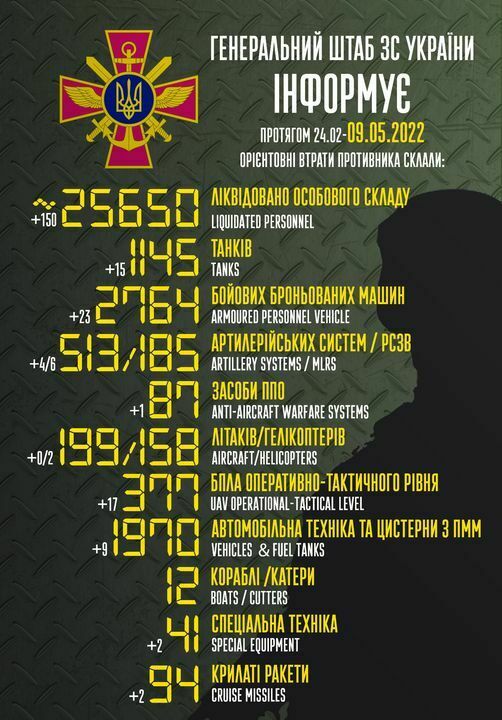 European Union countries should consider withdrawing Russia’s frozen foreign exchange reserves and using them to rebuild Ukraine after the war (FT, UP).

EU diplomacy chief Josep Borrell said the US had taken control of billions of dollars of assets owned by the Afghan central bank, in part to potentially compensate victims of terrorism as well as humanitarian aid to the country, and it would be logical to consider the same move with Russia’s reserves:

“I would be very for it, because it is completely logical. The money is with me, and someone needs to explain to me why this is good for Afghan money and bad for Russian money.”

Borrell said the question of how to pay for Ukraine’s reconstruction is one of the key political issues, given the incredible amount of money that will be involved. He would like the discussion about how to secure military compensation to come from Russia.

Borrell said the decision, if passed, would not be unprecedented, pointing to the US decision to allocate $3.5 billion of the frozen assets of the Afghan central bank for needs, including humanitarian aid and compensation for the families of victims of the 9/11 attacks. “This is one of the most important political questions: who will pay for the restoration of Ukraine?” Borrell said.

08:10. Elon Musk reacted to the threats of the head of Roscosmos and words about the Nazis

The founder of SpaceX, Elon Musk, commented on the threats of the head of Roscosmos, Dmitry Rogozin, in his address with words about death under mysterious circumstances.

Elon Musk on Twitter: “Rogozin sent this to the Russian media. If I die under mysterious circumstances, it was nice to know you.”

Commenting on the words of the head of Roskosmos about the alleged Nazi battalion of Ukrainian defenders of Azov, Musk noted that the word Nazi does not mean what he thinks.

The word “Nazi” doesn’t mean what he seems to think it does pic.twitter.com/pk9SQhBOsG

07:00. Summary of the General Staff: the enemy is preparing for an offensive in two directions

Russian troops are concentrating forces and are preparing to attack settlements in the Izyum and Donetsk directions.

General Staff of the Armed Forces of Ukraine: The greatest activity of the invaders is observed in the Slobozhansky and Donetsk directions. At the same time, there is a high probability of launching missile strikes across the entire territory of Ukraine. 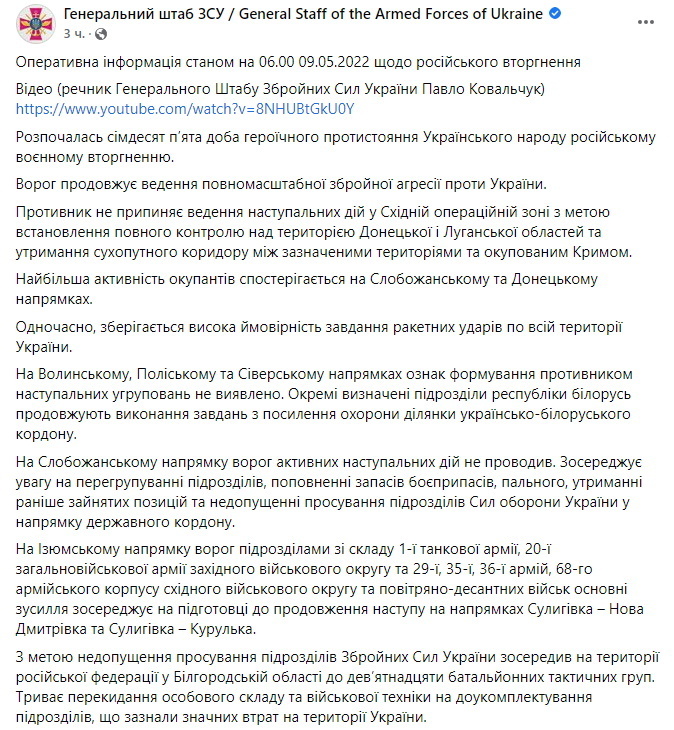 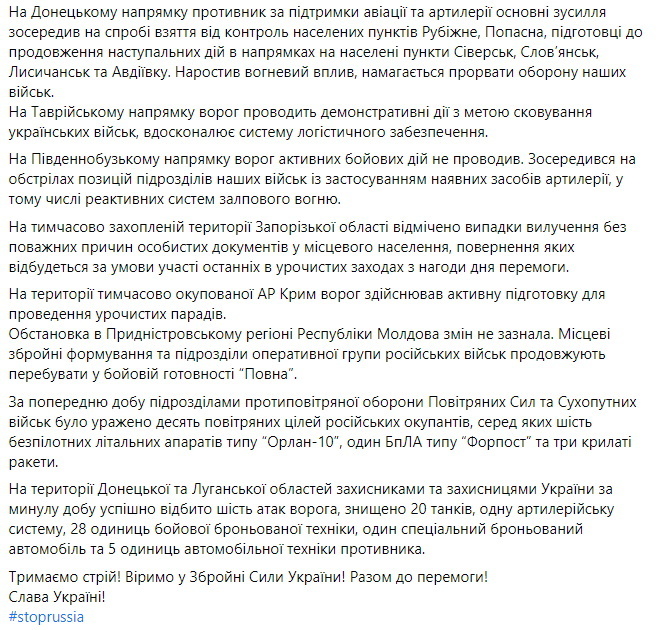 The UK has announced a new £1.7bn package of trade-related sanctions against Russia and Belarus.

The British government said: “This package of sanctions is intended to further weaken Putin’s war machine. This will bring the total value of goods that have been subject to all or part of the import-export sanctions since the start of Russia’s illegal incursion into Ukraine to over £4bn.”

It is indicated that the fee will be increased by 35%. The new import duties will cover £1.4bn worth of goods, including platinum and palladium, to prevent Putin from funding his war effort.

This is due to the fact that Russia is one of the leading platinum and palladium producing countries, whose exports depend on the UK. In addition, the country will ban the export to Russia of certain chemicals, plastics, rubber and machinery worth a total of 250 million pounds.

05:00. Sanctions against the Russian Federation: a new list of individuals and companies has been published in the United States

The Office of Foreign Assets Control of the US Department of the Treasury (OFAC) has published a list of individuals and companies against which sanctions have been imposed for involvement in the Russian war in Ukraine. The list includes 8 representatives of the management of Sberbank, the top of Gazprom. Andrey Akimov and Alexey Miller were already on the April 6 sanctions list and have been re-included on the new list.

Also under sanctions is the Moscow Industrial Bank and its 10 subsidiaries. Sanctions have also been imposed against Promtekhnologiya LLC, a weapons manufacturer, as well as seven shipping companies and a marine tug company. In addition, the White House announced that the Nuclear Regulatory Commission would suspend the issuance of licenses for the export of special nuclear materials to Russia.

Also, Americans will be prohibited from providing Russians with accounting, trust and corporation services, and management consulting services, although the provision of legal services is still allowed.

03:20. In the south, the Armed Forces of Ukraine thwarted an attempt to withdraw an enemy reconnaissance group and

On the defense of the southern borders of Ukraine, the defenders discovered and thwarted an enemy attempt to withdraw a reconnaissance group, as well as destroyed 51 invaders and enemy technology.

The air defense of Ukraine on May 8 destroyed 10 targets of the Russian invaders.

Attack aviation of the Air Force of Ukraine delivers rocket and bomb strikes on the occupying forces, depriving the enemy of the opportunity to carry out offensive operations in certain areas.

Vanschelboim made it to the base of the challenger in Kazakhstan

Vanschelboim made it to the base of the challenger in Kazakhstan

Andriy SHEVCHENKO: “Playing with the aggressor is a big mistake”