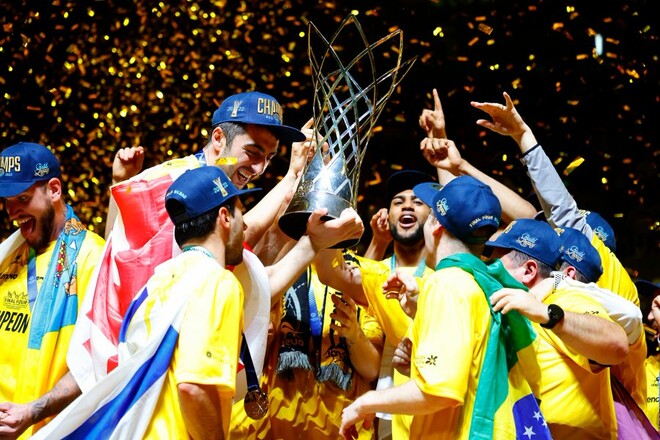 Tenerife won the FIBA ​​Champions League title in the 2021/22 season.

In the final of the tournament, the team beat another Spanish team – Manresa. The meeting ended with a score of 98:87.

The most productive player of the meeting was Sasu Salin, who scored 18 points (7-11 from the field, 4-8 three-pointers), 3 rebounds, 2 assists and 1 steal in 30 minutes on the court.

This is the second Champions League title for Tenerife. The team previously won the tournament in 2017.

We will remind, the champion of Ukraine “Prometheus” after the invasion of Russia withdrew from the Champions League.

A PHOTO. Jordan, Hamilton, Beckham and Brady met together