Ecuador national team may be excluded from the 2022 World Cup. What happened?

national team Ecuadorwho finished in passing 4th place in the South American qualifier, could be eliminated from the final round World Cup 2022.

The fact is that the Football Federation of Chile sent a protest to the FIFA Disciplinary Committee, accusing Ecuador of dishonest play. The bottom line is that the Chileans consider the documents of the Ecuadorian midfielder to be fake Byron Castillowho plays for Barcelona Guayaquil.

Chile Football Federation: “We filed a formal complaint due to the use of a false birth certificate for Byron Castillo, as well as his inaccurate age and citizenship. There is a lot of evidence that he was born not on November 10, 1998 in Ecuador, but on July 25, 1995 in the Colombian city of Tumaco.

Investigations conducted in Ecuador, including a legal report from the National Civil Registry Office, confirmed inconsistencies in the player’s birth certificate. There is reason to believe that it is fake, but in fact the player is Colombian. We believe that these facts are too serious and should be carefully investigated by FIFA.”

If the results of 8 matches of the Ecuador national team in which Castillo played are annulled, and the Chileans (who took only 7th place) count technical victories, then due to these points, Alexis Sanchez’s team will have a chance to get to the World Cup in Qatar. 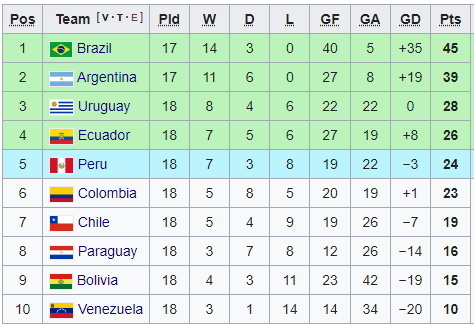 Metalist – Ingulets – 1:1. A beautiful goal saved the guests. Overview of the UPL match

VIDEO. Kochergin continues to score: the Ukrainian scored a goal in the European Cup

“It’s great, I’ve been waiting for them.” Denisov spoke about the interview with Akhmetov