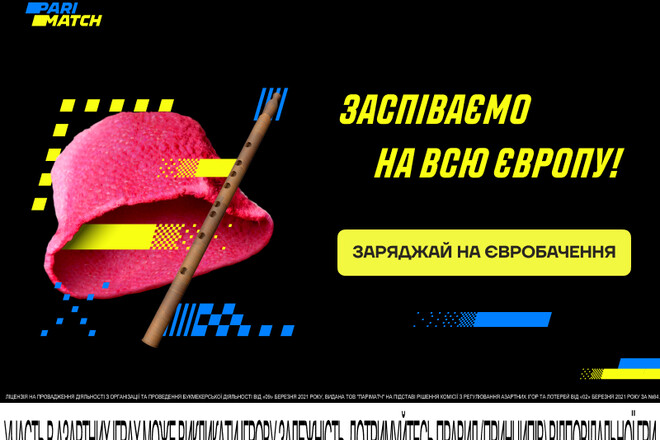 The 66th Eurovision Song Contest 2022 will begin today in Turin, Italy. Ukraine will be represented by the Kalush Orchestra with the song “Stefania”, which the band leader Oleg Psyuk dedicated to his mother. During Russia’s full-scale invasion of Ukraine, the song has already taken high places in the European charts and has become a trend on TikTok.

Analysts of Parimatch Ukraine predict Ukrainians a confident victory in the competition. The first legal bookmaker estimates the probability of winning a group from Ukraine at a record 73%. The main competitors of Ukrainians at Eurovision Parimatch Ukraine considers participants from Great Britain, Italy and Sweden. Charge for Eurovision!

The Eurovision semi-finals will take place on May 10 and 12, and the grand final on May 14. The competition will be broadcast on the UA:Culture channel and on the Suspіlne Movlennya digital platforms.

Recall that after the full-scale Russian invasion of Ukraine, the European Language Union deprived Russia of the right to participate in Eurovision 2022, and the Russians themselves – the opportunity to vote for the winner of the contest.

PHOTO 18+. Athletic fan completely exposed her chest during the match

Jack Grealish: “We have to score as many points as possible if we want to win the title”

Jack Grealish: "We have to score as many points as possible if we want to win the title"

Ukraine did not support the removal of Russia from international organizations