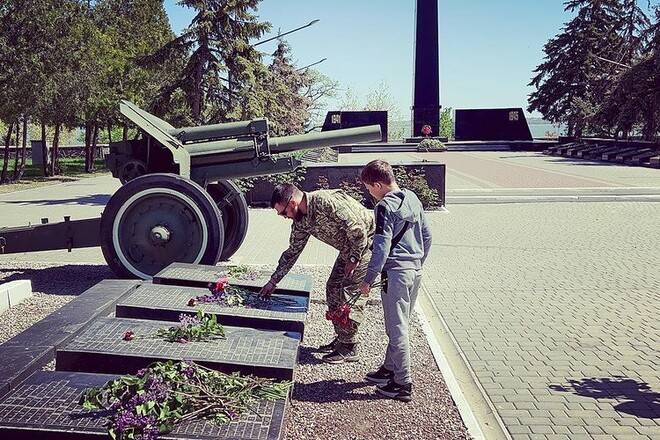 We invite you to take a look at our collection breaking news and materials for Sport.ua for Monday, May 9th.

1. PHOTO. Thank the granfather for the victory! Lomachenko again took part in victory frenzy
Vasily did not understand anything

2. Rebrov told where he would like to continue his coaching career
Al Ain’s mentor is not opposed to returning to Ukraine

3. Zinchenko will have a star partner! Haaland passes Man City medical
Forward Dortmund “Borussia” is very close to moving to the English club

4. Real will send Lunin on loan again
Ukrainian goalkeeper may spend next season at Espanyol

5. Mourinho may not qualify for European competition. Fiorentina beat Roma at home
Two rounds left before the finish of the Italian championship

6. Rome. Kalinina beat the American Keys for the second time this season
Angelina successfully started at competitions in the capital of Italy

7. PHOTO. Several explosions in Odessa. The mall is on fire, there is a dead person
The enemy shelled the southern port city on the evening of May 9

8A. Surprise for the orcs on May 9th. Biden signed the Lend-Lease law for Ukraine
The Lend-Lease Law will make it easier for Ukraine to receive military assistance from the West

8B. Mikhail MUDRIK: “Something is non-flying weather today”
Shakhtar’s talent – about the parade in Moscow

9. VIDEO. Everton savor Mikolenko’s cool goal in the Premier League match
The club can’t get enough of the blow of the Ukrainian

10. 10 favorites of the head coaches of the top football teams in the world
Who and why in key national teams is categorized as a favorite

Mourinho has only won 1 of his last 6 games.

Mourinho has only won 1 of his last 6 games.

DIKY: “The calendar and format of the next championship have been agreed”