PHOTO 18+. Athletic fan completely exposed her chest during the match

The most discussed event of the match of the 35th round of La Liga “Athletic” – “Valencia” (0:0) was a brave fan of the club from Bilbao.

During the fight, one of the girls took off her T-shirt for a bright picture, completely exposing her magnificent breasts, which clearly pleased the men who were sitting behind her.

It is worth noting that in total the match between Athletic and Valencia was attended by more than 40,000 spectators. 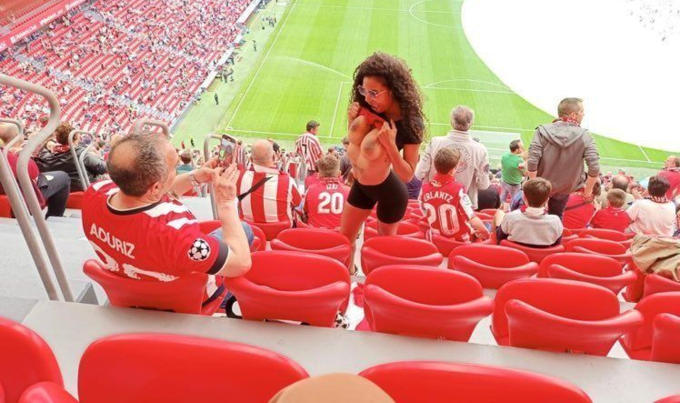 Devin Haney: ‘I have nothing but respect for Loma and his country’

Yuriy BEREZA: “Fans have the right to watch Dnipro-1 matches for free”