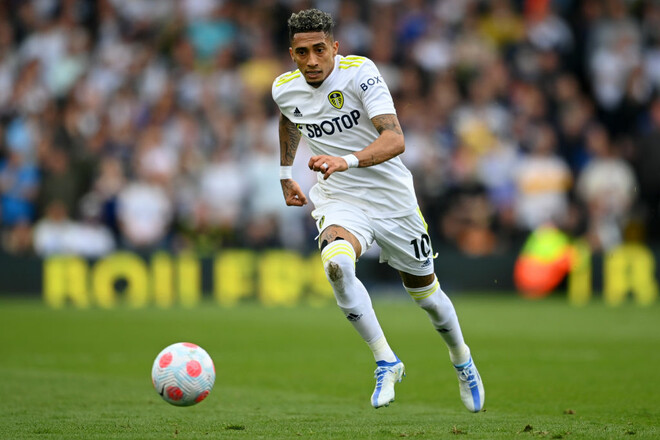 English club West Ham have decided on a replacement for Andrey Yarmolenkowho can leave the team.

The Hammers want to sign a Leeds winger named Rafinha Diaz. The player is also followed by the Spanish “Barcelona”, which is preferred by the player himself.

One of the main factors in the transition could be the registration of Leeds in the Premier League for next season. If the club remains in the elite, the price of the winger will rise and the Blaugranas will not be able to afford this acquisition.

The London club has already tried to acquire the Brazilian footballer in the winter transfer window, but the transfer did not take place.

The player has made 32 Premier League appearances this season, scoring 10 goals and providing 3 assists.

Ecuador national team may be excluded from the 2022 World Cup. What happened?

VIDEO. Shevchenko cried on Italian television because of the war

VIDEO. Shevchenko cried on Italian television because of the war