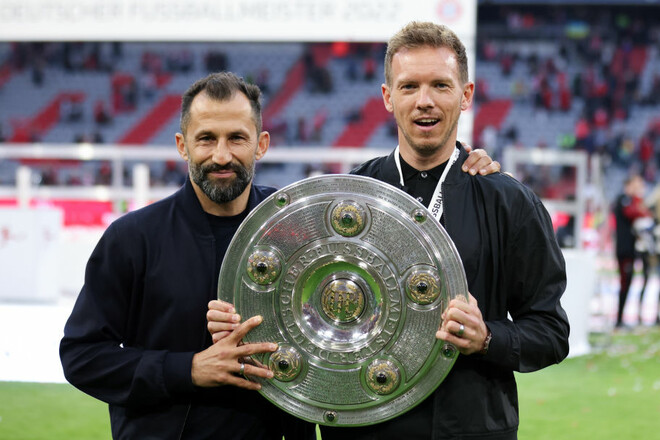 Bayern head coach Julian Nagelsmann has a tense relationship with sporting director Hasan Salihamidzic, according to the German press.

According to the source, a number of Bayern leaders believe that this is reminiscent of the beginning of the conflict between Salihamidzic and former head coach Hans-Dieter Flick, which happened last season.

This season, Bayern became the German champion for the 10th time.

Earlier it was reported that Bayern agreed on the transfer of Ajax talent Ryan Gravenberh.

Verstappen wins Miami Grand Prix in battle with Leclerc, Sainz is in the top 3