77th day of the war. May 11. President of the Russian Federation Vladimir Putin continues to wage a war of aggression in Ukraine. In connection with military aggression Sport.ua switched to a special mode of operation. The site covers all the events that take place in Ukraine.

Online broadcast of events, May 11

07:15. Record aid: the US House of Representatives supported the allocation of $ 40 billion to Ukraine

The House of Representatives of the US Parliament voted for an additional allocation of $40 billion to Ukraine.

President Joe Biden had previously warned that funds to help Kyiv fight off a Russian invasion would likely run out in a few days. It is likely that the Senate will consider the aid package before the end of the week.

Three days ago, the US Department of Defense announced the provision of up to $150 million in security assistance to Ukraine. The aid package includes: 25,000 155mm artillery shells; 3 anti-artillery systems AN / TPQ-36; electronic equipment for interference suppression; spare parts for technology.

07:05. Ukrainian military gradually knock out the orcs from near Kharkov

The Ukrainian military liberated the village from the invaders Nursery north of Kharkov.

The Armed Forces of Ukraine control the village and continue to push back the Russian invaders to the border with Mordor. 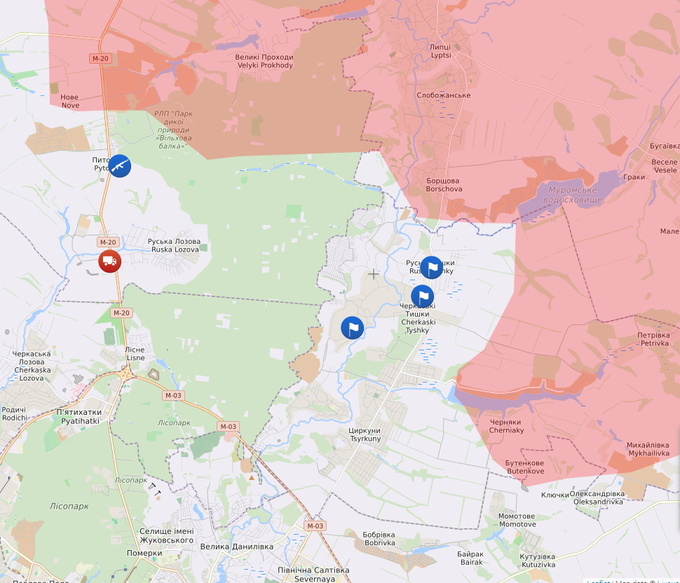 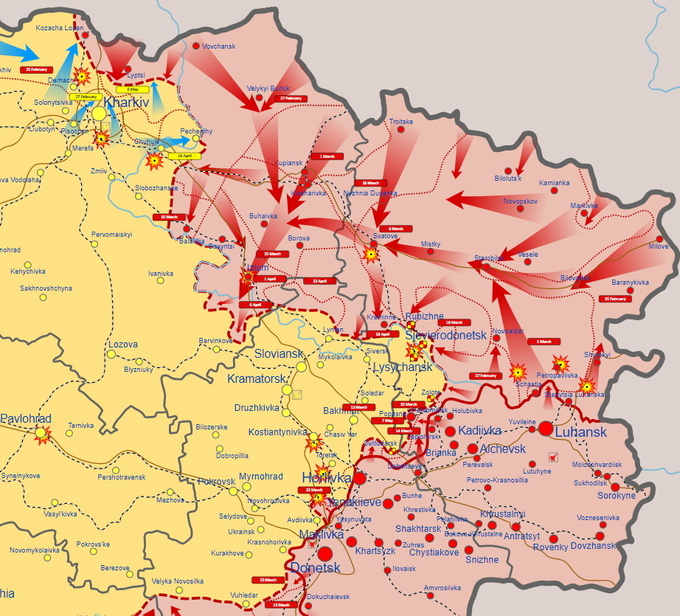 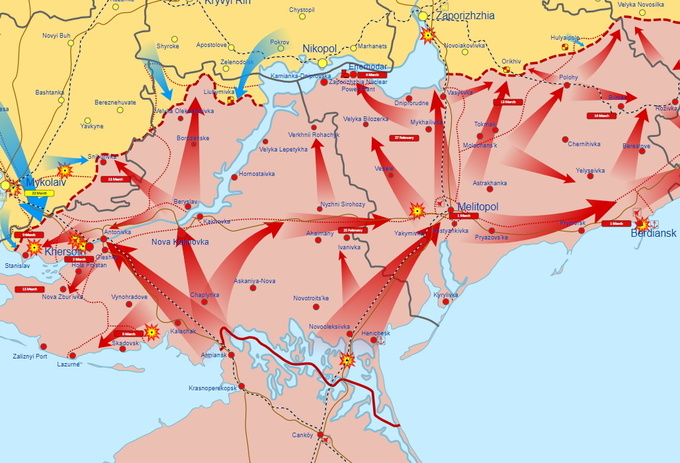 06:40. Morning summary of the General Staff of the Armed Forces of Ukraine 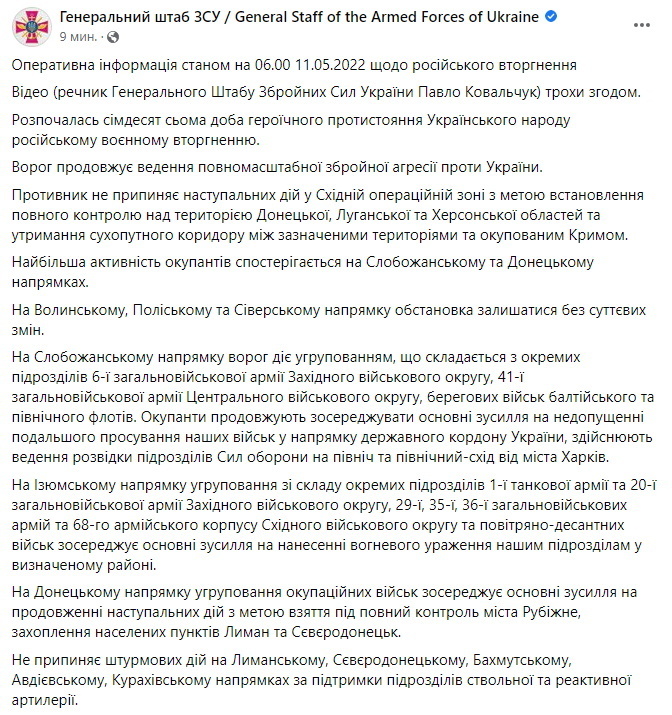 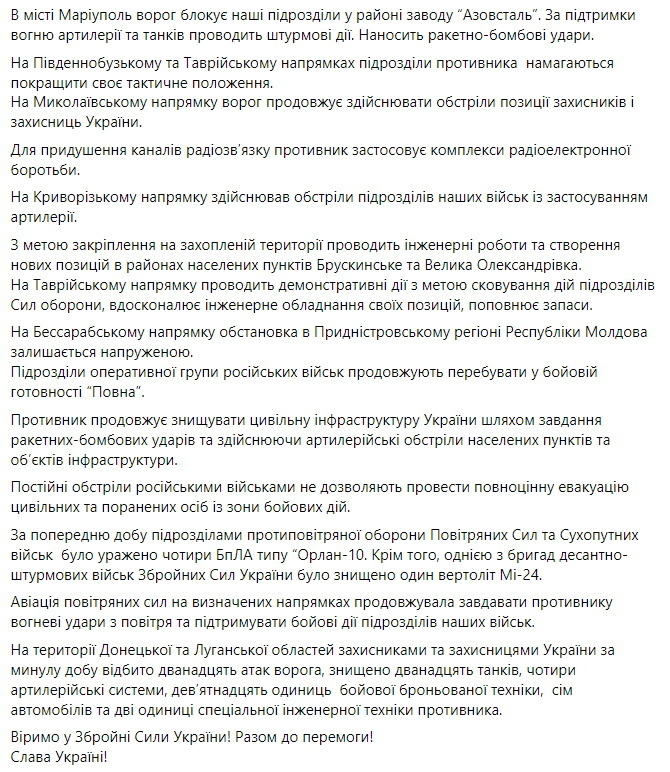 Since the beginning of the Russian invasion of Ukraine, Putin has failed to achieve any of the main goals, and his army is two weeks behind the plans (Radio Liberty, UP). A senior U.S. Department of Defense official at a closed press briefing on May 10 said:

“He (Putin) continues to build up strength and suffer losses. He continues to see some of his options diminish. Mostly we are talking about artillery combat. Putin has not achieved any of the main goals. Mariupol has not yet been captured. Azovstal’s resistance continues.

We have now estimated that he is two weeks behind where he would like to be in the Donbass and the south, and it is not clear how the situation will develop. Rest assured that the Ukrainians can continue to defend their territory.

We do not understand how any of Putin’s strategic goals have changed. We don’t know if he just wants to control the Donbass and declare victory, or if he wants to use that control for further attacks. We don’t have absolute confidence in Putin’s plans.”

The resignations of four governors of Russian regions are associated with sanctions imposed against Russia (Reuters, UP).

The heads of the Tomsk, Saratov, Kirov regions, as well as Mari El, on May 10, announced their resignation, and the head of the Ryazan region stressed that he would not run for a new term.

Elections in all 5 regions are scheduled for September. Although the governors of Russian regions are elected, they are politically subordinate to the Kremlin. Some of the resigned governors represent regions where the ruling United Russia bloc won few votes in last year’s parliamentary elections.

Ilya Grashchenkov, head of the think tank Center for Regional Policy Development in Moscow, said the Kremlin is turning away weak governors amid a worsening economic outlook caused by Western sanctions: “The economy needs to be restructured, especially in regions where there is significant economic influence from the West. These governors need to be replaced by juniors and alternatives.”

Yacht Luna, which belongs to a billionaire, was detained in the port of Hamburg Farhadu Ahmedov (Süddeutsche Zeitung). The cost of the yacht, which previously belonged to Roman Abramovich, is estimated at 400 million euros. She is forbidden to leave the port of Hamburg.

Before that, the Federal Office of the German Criminal Police (BKA) found out whether the Russian oligarch Farkhad Akhmedov is really behind the Liechtenstein Trust, which is formally listed as the owner of a luxury vessel. After the end of the proceedings, the yacht of the Kremlin oligarch fell under the law on sanctions.

Russian billionaire Farhad Akhmedov is from Azerbaijan and has been on the EU sanctions list since early April. The former member of the Federation Council of the Russian Federation is Putin’s ally.

02:40. We expect the 200th downed aircraft. Air defense destroyed 4 drones and a helicopter

Speaker of the Air Force Command of the Armed Forces of Ukraine Yuri Ignat: “Today the whole country is looking forward to the symbolic 200th aircraft of the Russian invaders. We have to admit, not yet. We ourselves are waiting, because the Nazis do not fly under the hellish fire of our ZRV. Even the air parade was canceled for victory. Muscovites take care of technology!

Today, May 10, the air defense of the Ground Forces and the Air Force hit four Orlan-10 UAVs of the Russian invaders. A brigade of air assault troops of the Armed Forces of Ukraine destroyed an enemy Mi-24 helicopter. In general – 5 air targets.

Aviation of the Air Force in different directions continues to inflict fire strikes on the enemy from the air, supporting the combat operations of ground forces.

01:30. Zelensky asks not to put pressure on the Armed Forces of Ukraine with the expectation of daily victories

The President Vladimir Zelensky asks not to expect weekly and daily victories from the Armed Forces on the battlefield:

“The armed forces of our state have provided us all with good news from the Kharkov region, they are gradually pushing the invaders away from Kharkov.

But I also want to urge all our people, especially those in the rear, not to spread excessive emotions. It is not worth creating such an atmosphere of specific moral pressure when victories are expected weekly, even daily.

The Armed Forces of Ukraine are doing everything to liberate our land and people, to liberate all our cities – Kherson, Melitopol, Berdyansk, Mariupol and all others.”

Evgeny KRASNIKOV: “Where is the guarantee that the missiles will not arrive in Uzhgorod?”

NEYMAR: “Leo is always Leo, it doesn’t change, he continues to make a difference”