The General Staff of the Armed Forces of Ukraine: “The Russian Army is trying to gain a foothold in the Krivoy Rog direction” 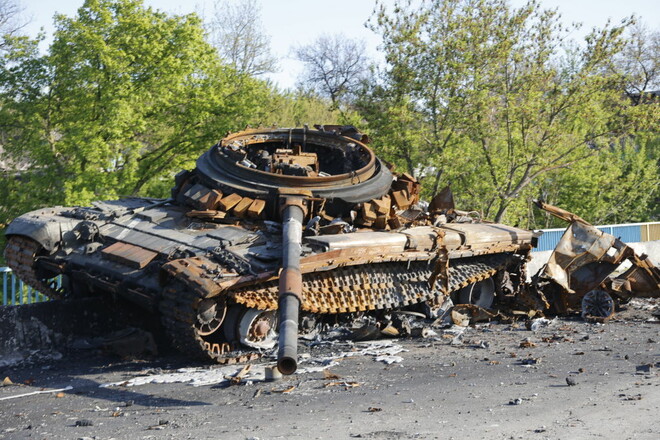 The General Staff of the Armed Forces of Ukraine reports that the Russian army in Transnistria maintains the full combat readiness of its units.

“The enemy does not stop offensive operations in the Eastern Operational Zone in order to establish full control over the territory of Donetsk, Lugansk and Kherson regions and to hold the land corridor between these territories and the occupied Crimea.

The greatest activity of the invaders is observed in the Slobozhansky and Donetsk directions.

In the Volynsky, Polessky and Seversky directions, the situation remains without significant changes.

The invaders continue to focus their main efforts on preventing further advancement of Ukrainian troops in the direction of the state border of Ukraine, carry out reconnaissance of units of the Defense Forces to the north and northeast of the city of Kharkiv.

In the Izyum direction, groups from individual units of the 1st Tank Army and the 20th Combined Arms Army of the Western Military District, the 29th, 35th, 36th Combined Arms Army and the 68th Army Corps of the Eastern Military District and airborne troops concentrates its main efforts on inflicting fire damage on the Armed Forces of Ukraine in a certain area.

In the Donetsk direction, the group of occupying troops is concentrating its main efforts on continuing offensive operations with the aim of taking the city of Rubizhne under full control, capturing the settlements of Liman and Severodonetsk.

In the city of Mariupol, the Russian army blocks Ukrainian units in the area of ​​the Azovstal plant. With the support of artillery and tank fire, it performs assault actions. Deals rocket and bomb strikes.

In the Yuzhnobuzh and Tauride directions, Russian units are trying to improve their tactical position.

In the Mykolaiv direction, Russian troops continue to fire at the positions of the defenders and defenders of Ukraine.

In the Krivoy Rog direction, he carried out shelling of units of the Armed Forces of Ukraine using artillery.

In order to consolidate in the occupied territory, it conducts engineering work and the creation of new positions in the areas of the settlements of Bruskinskoye and Bolshaya Aleksandrovka.

In the Taurida direction, it conducts demonstrative actions in order to constrain the actions of units of the Defense Forces of Ukraine, improves the engineering equipment of its positions, and replenishes supplies.

In the Bessarabian direction, the situation in the Transnistrian region of the Republic of Moldova remains tense. The subdivisions of the operational group of Russian troops continue to be on full combat readiness.

The enemy continues to destroy the civilian infrastructure of Ukraine through rocket and bomb attacks and shelling of settlements and infrastructure.

Constant shelling by Russian troops does not allow for a full-fledged evacuation of civilians and the wounded from the combat zone.

Over the previous day, air defense units of the Air Force and the Ground Forces hit four UAVs of the Orlan-10 type. In addition, one of the brigades of the air assault troops of the Armed Forces of Ukraine destroyed one Mi-24 helicopter.

Aviation of the air forces in certain directions continued to inflict fire strikes on the enemy from the air and support the combat operations of our troops.

On the territory of the Donetsk and Lugansk regions, the defenders of Ukraine over the past day repelled 12 enemy attacks, destroyed 12 tanks, 4 artillery systems, 19 units of armored vehicles, 7 vehicles and 2 units of enemy special engineering equipment.

Usyk’s wife – about the parade of victory: “Russians have children in a stroller load 200”

Viktor SKRYPNYK: “Gladbach will help the Ukrainian national team to get in shape”

Viktor SKRYPNYK: "Gladbach will help the Ukrainian national team to get in shape"

Lukaku to remain on loan at Inter for another year