In the rescheduled match of the 30th round of the English Premier League, Watford played at home with Everton with a score of 0:0.

As part of the Liverpool club, the Ukrainian left-back Vitaliy Mykolenko played the entire match. He received a rating of 6.5 from the authoritative portal WhoScored.

It is worth noting that Mikolenko has the lowest score among all the players who entered the field from the first minutes in both teams.

Everton’s Nigerian footballer Alex Iwobi, who played on the right flank, was named Man of the Match. He has a score of 8.1. 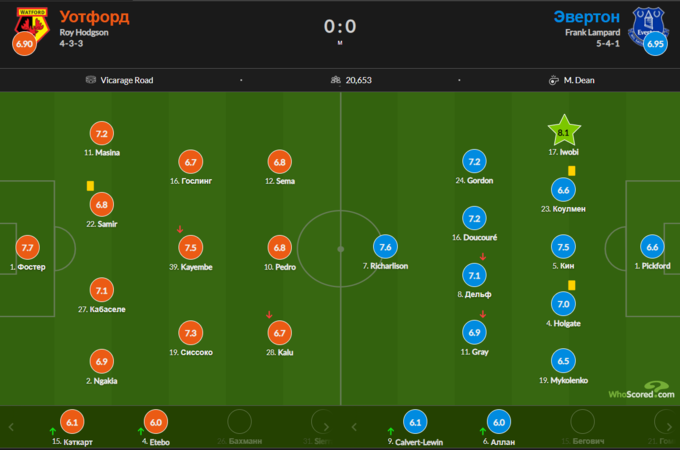