In the postponed match of the 33rd round of the English Premier League, Manchester City defeated Wolverhampton 5-1 on the road.

As part of the Mancunian club, the Ukrainian left-back Oleksandr Zinchenko played the entire match. He received an average score of 7.1 from the authoritative portal WhoScored.

Man of the match was Manchester City midfielder Kevin de Bruyne. He has a maximum score of 10. 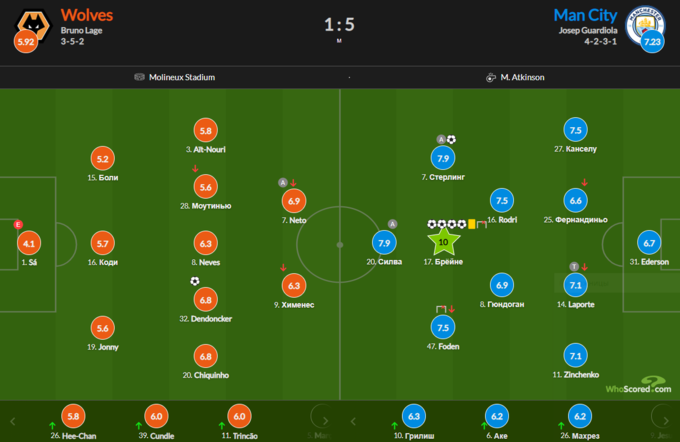 VIDEO. Guardiola for the transfer of Erling Holland

Commentator: "There hasn't been such a strong left winger since Konoplyanka"

Coach – Gusev. Lucescu did not return to Ukraine with Dynamo