TOP 15 most important personalities in the history of Kyiv Dynamo

The 95th anniversary of the founding of Dynamo Kyiv was a good occasion to recall the most important figures in the history of the popular club – the “stamp seal of Ukraine”, as the poet and deputy Boris Oleinik once called it.

A football club is a complex mechanism, the functioning of which is ensured not only by the players, coaches, president and general director. Doctors, massage therapists, administrators, political curators, chefs, fans and even sellers of souvenirs with the coveted logo also make a significant contribution to success. Of course, one way or another, players and coaches are still a priority, so in my version of the most important people in the history of Dynamo, they prevail.

I realize that my list smacks of subjectivity, but, in fact, I don’t pretend to be objective, at the same time I want to pay tribute to the people who created the glorious history of the great club. 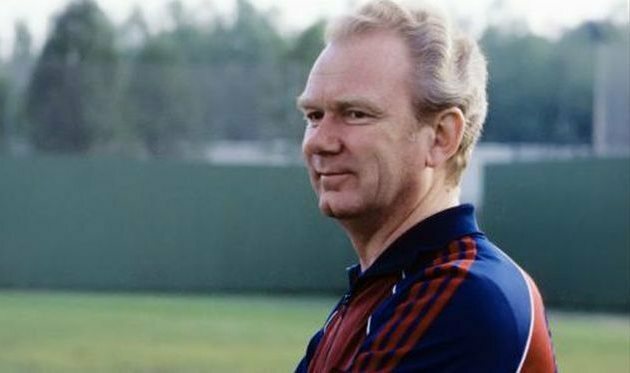 I think there will be no particularly heated debate over who should head the list of iconic Dynamo figures. A native of Kiev, Lobanovsky spent 5 years in his native club as a player (gained fame as a master of the “dry leaf”) and in general, for over 20 years he led his native team as a coach. He created three great teams of the European level in different historical eras, in fact, made the name of the Kyiv club loud in the world football environment. 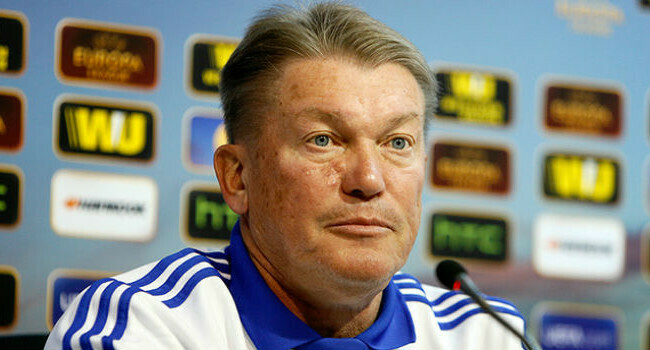 Another native of Kiev was the first Ukrainian football player to raise the coveted Golden Ball over his head, played for the basis of the Kyiv club from the late 1960s to the late 1980s, and already in the 21st century he worked as the head coach of Dynamo for a couple of years. Blokhin was recognized three times as the best football player of the former USSR, five times he became the top scorer of the allied championships, nine times he became the player of the year in Ukraine, the record holder of the former USSR national team both in terms of the number of matches and the number of goals scored, is also the best scorer in the history of the former USSR Cup .

In difficult war times, he called on everyone on whom it depends, first of all, the military command of Russia and Belarus, to stop shelling Ukrainian cities and withdraw their troops. He also expressed confidence that Ukraine would definitely be reborn, and football along with it. “There will be a country, there will be football, there will be life and everything will be in order, I believe in it,” Oleg Vladimirovich emphasized. 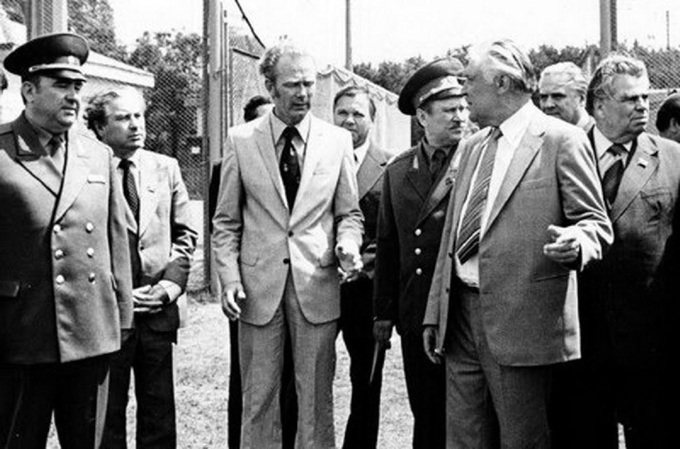 A modern book about the head of Ukraine of stagnant times is called “Servant of Dependence”. I will leave the discussion of the accuracy of this definition in the political part to specialized journalists, but Shcherbytsky’s dependence on football in general and Dynamo Kyiv in particular was comprehensive. Vladimir Vasilyevich spared nothing for his favorite club! And it was thanks to his care that any everyday issues of the creators of glorious victories were resolved very quickly, and Dynamo Kiev in the 1970s confidently became one of the giants of continental football. The Ukrainian party boss even forced his subordinates to take an interest in football.

For over a quarter of a century, the Surkis brothers have supported Dynamo. Over the years, the club has repeatedly become the best in Ukraine, reached the semi-finals of two European cups. Could more have been achieved? Maybe yes. The reputation of the Kyiv club in Europe made it possible to carry out marketing expansion to other continents (the Asian market!), but at some point Dynamo probably lost the pace of development, mutual understanding with the fans who reproach the club’s management for ties with a pro-Russian political force. To put it mildly, they do not add whists to the brothers and delay in articulating a clear position on the Russian invasion, outdated management methods. Be that as it may, but Dynamo, in spite of everything, lives, no matter what clouds are breasted over Ukraine. And the contribution of the Surkis brothers to support Dynamo, even in the most difficult times, is significant. Would a hypothetical change of ownership benefit the club? During the war, this is an abstract question. But let me emphasize: I don’t know many potential buyers of the Dynamo brand who would have had season tickets for the home matches of their favorite club at one time (back in the pre-capitalist era).

In the second half of the 1960s. Viktor Alexandrovich created the first superclub under the brand name of Kyiv “Dynamo”. The championship hat-trick (1966-1968) in the union championship moved the capital of Soviet football from Belokamennaya to Zlatoverhy. It is Maslov who is considered by researchers of football tactics to be the forerunner of total football, which began to dominate European fields in the 1970s. The famous Grandfather laid a solid foundation for the long-term dominance of Dynamo on Soviet fields, and by defeating the current owner of the European Champions Cup, the Scottish Celtic, he made football Europe speak respectfully about Dynamo. 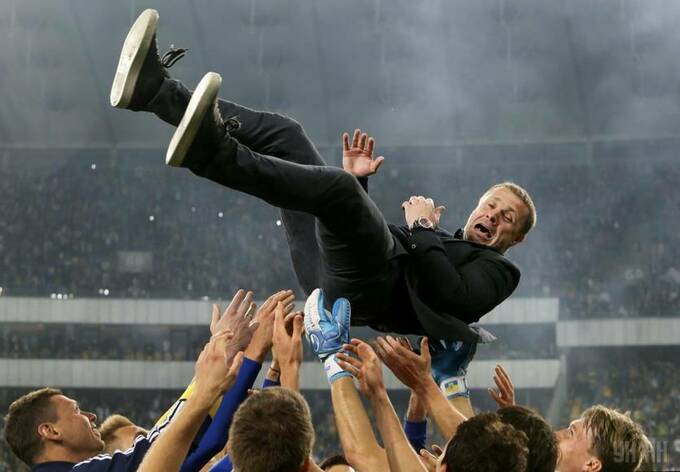 9-time champion of Ukraine in Dynamo as a player and 2-time as a coach. 2nd Dynamo scorer in history after Oleg Blokhin. I believe that sooner or later Sergei Stanislavovich (the “favorite of the sectors”, according to a well-known fan chant) will return to Dynamo as head coach.

Alexey Alexandrovich as a player is a real collector of various titles. He got a lot of them in the main team of his life. In particular, three Soviet championships, the Cup of Cups. In the T-shirt of the national team he became the vice-champion of Europe, and the Olympic team – the Olympic champion. As a head coach, he won the Ukrainian championship twice with his native club. In fact, for two decades in the 21st century, he worked at Dynamo in various positions, and recently moved to work at the Ukrainian Football Association.

The owner of the “Golden Ball” -1986 did not spend much time at Dynamo – only four years, but he certainly left a bright mark. At a crazy speed, overcoming the defense of rivals, Belanov over and over again posed insoluble problems for the strongest goalkeepers in Europe. And in our time, a football legend with weapons in his hands defends the independence of Ukraine. 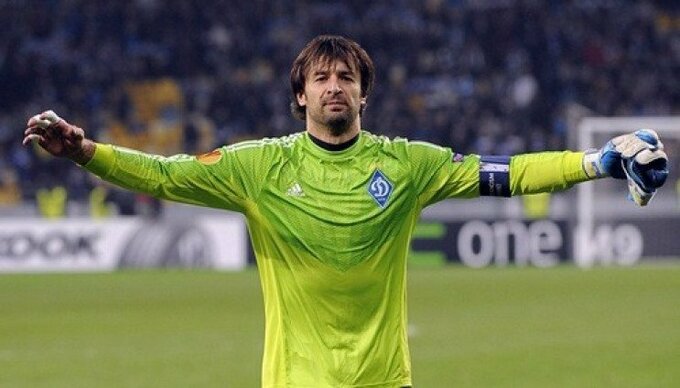 The record holder of Dynamo Kyiv in terms of the number of matches played, unfortunately, could not win the European Cup with his native club. However, almost the entire history of the Kyiv “Dynamo” period of independence is associated with his name. A long-term captain with the eloquent nickname “Forever the first”!

Of course, Andrei Nikolayevich could count on a higher place in this hit parade, but still, honestly, he spent the best years of his career in Milan, but it was in Dynamo that Shevchenko won five league titles in Ukraine and became the best striker of the Champions League, according to UEFA, in the 1998/99 season.

The legendary Rafa worked as an administrator of Dynamo Kyiv for almost four decades. During this time, more than two dozen coaches have changed at Dynamo! It was a man in his place! Feldstein actually created a system of football administration, according to which, over time, the administrators of all Soviet teams began to work. It was he who at one time invited Viktor Maslov to the team and settled him in his 2-room apartment, while he himself moved to a hotel. 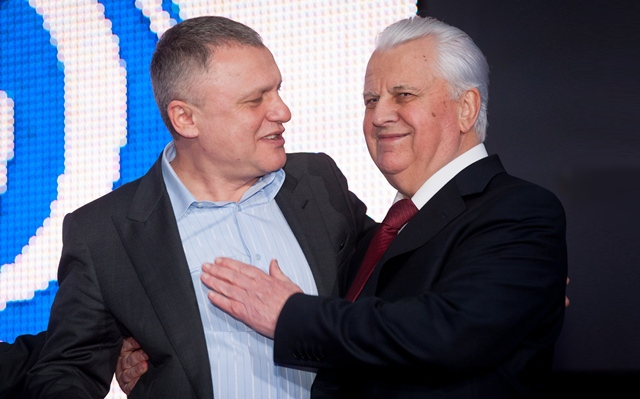 The first president of Ukraine and chairman of the board of trustees of Dynamo Kyiv was a devoted fan of the team. While in various government positions, he contributed in every possible way to the success of his favorites. A few days ago, Leonid Makarovich passed away. Evaluation of him as a political figure is again the prerogative of specialized media people, and in the football field he has gained a good reputation. What can I say, one of Dynamo’s championship medals in the 2020/21 season rightfully belonged to him!

How to forget 1986 and the Cup Winners’ Cup in the hands of the Dynamo captain! Anatoly Vasilyevich is the 4th player in the history of Dynamo in terms of the number of matches played. For many years he was part of the club’s coaching staff. How the head coach led Dynamo Kyiv to the league title in the 2006/07 season. 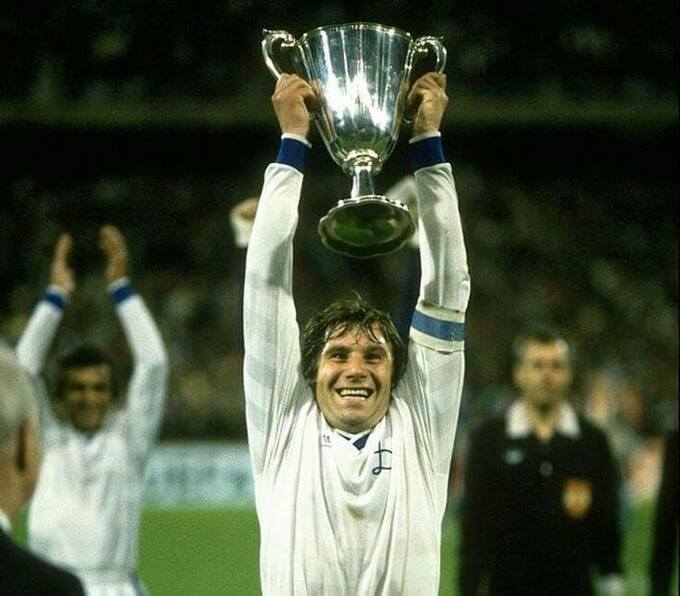 Another legend of the club, a real favorite of the Kyiv stands (however, in 1985, after Buryak’s transfer to the Moscow Torpedo, Kyiv fans in a home match staged a uniform obstruction for a recent idol) won the Cup of Cups and the UEFA Super Cup with Dynamo, as well as 5 union championships. He is the 5th Dynamo player in terms of the number of matches played and the 9th scorer of the team in history, while not playing as a striker. He was a recognized master of standards. As a head coach, he unsuccessfully headed Dynamo for a short time.

The list of iconic people for Dynamo can be expanded indefinitely. Lobanovsky’s colleague Oleg Bazilevich, and Oleg Gusev (3rd in terms of the number of matches played for Dynamo), and Vladimir Bessonov (an unbending all-rounder!), And Vladimir Muntyan (the legendary “seven” and in the same time, the 7th Dynamo player in terms of the number of matches played), and Vladimir Veremeev (he worked conscientiously in the Dynamo midfield from the late 1960s to the early 1980s, his original calling card was a t-shirt, and at the end of his playing career tried himself as a commentator on Dynamo home matches, for some reason few people remember this now), and Andriy Yarmolenko (the 4th scorer of Dynamo of all time, team leader in the mid-2010s), and Viktor Kolotov ( legendary captain of the 1970s), and Maxim Shatskikh (3rd scorer in the history of the team), and Vladimir Onishchenko – one of the creators of European success in the 1970s, and long-term team leader Mikhail Koman, and Lobanovsky’s right hand Anatoly Puzach, and other stars -players of the 1960s, and the first Dynamo player to become a l the best scorer of the union championship – Makar Goncharenko, and doctors Viktor Berkovsky and Vladimir Malyuta, and the long-term mistress of the Dynamo base Olga Poduran, and another legendary administrator Alexander Chubarov, and the long-term (38 years he worked at the club!) Dynamo massage therapist Valery Evlantiev, as well as his colleague Pavel Shvydky, and researcher Anatoly Zelentsov, and journalists who have made a significant contribution to the creation of the annals of Dynamo Kyiv – Valery Mirsky and Devi Arkadiev.

And among the Dynamo fans of different times there were legendary, even heroic personalities, quite worthy of being included in the extended list of legends. However, a broad list is even more subjective than a short one. Therefore, I limited myself to a dozen and a half of the most-most. Happy semicircular date, Dynamo! I hope that peace will be restored in Ukraine in the near future, and the current generation of players will delight the fans with a bright game in official matches, and those who are thirsty for a football spectacle will have the opportunity to fill the stands of the stadiums.

Further without Nadal. All participants of the 1/4 finals of the US Open are known