VIDEO. The national team of Ukraine returned to the training camp in Slovenia

May 12 national team of Ukraine returned to her training camp in Slovenian Brdo.

The next day after the game, the national team of Ukraine started, like all the previous ones, with breakfast at 9 am. After spending the night in a hotel on the territory of the hospitable Borussia Park arena, the blue-and-yellows had a morning training session on one of the 10 fields of the Mönchengladbach football club. Of these 10, two are small playgrounds for children’s teams and eight are full-sized fields (one with artificial turf, the other seven with natural turf). If on the day of the match the Ukrainians practiced at the nearest field number 3, then on May 12 – at the ninth training ground located 500 meters further.

Given that all field players present in Germany, except for Artem Dovbik, as well as two goalkeepers, took part in the match, the training was purely restorative. After aerobic running, the guys received a set of exercises for the meeting from the coach-rehabilitator Vyacheslav Ruzhentsev. Meanwhile, fitness trainer Ivan Bashtovoy worked out separately with Artem Dovbik, who now needs to work on an individual rehabilitation program for several days.

After that, it is still time for the national teams to visit the sauna, located directly in the locker room at the stadium, and have lunch, after which the bus with the national team went to Dusseldorf airport.

The collections left the club arena of Borussia M with words of gratitude for the support and care that the German club, without exaggeration, enveloped its Ukrainian guests. Saying goodbye and wishing the Ukrainians success in Glasgow, the Monchengladbachers also expressed the hope that the war would end as soon as possible, and that the blue-and-yellows would be able to return to civilian life after the gathering.

The flight, like the previous one, lasted 1 hour and 20 minutes. The Ukrainian national team returned to the hotel in Brdo on May 12 at 18:25 CET. On May 12, the team had only dinner and rest, and on May 13 – evening training and continued work at the training camp.

VIDEO. The national team of Ukraine returned to the training camp in Slovenia 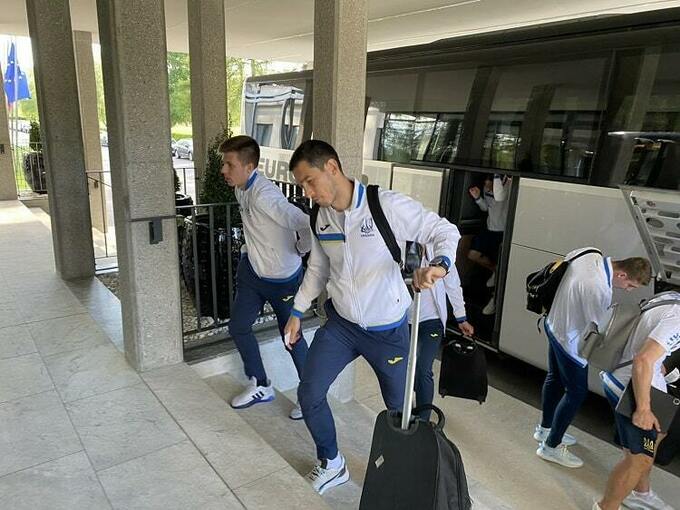 Andriy PAVELKO: “Ukraine is now fighting for itself and the future of the whole world”

Andriy PAVELKO: "Ukraine is now fighting for itself and the future of the whole world"

The transfer is getting closer. Casemiro agrees terms with Manchester United

How to organize cardio training for effective weight loss

Sinyakova beat Rybakina in the final of the tournament in Slovenia