Hryhoriy SURKIS: “Dynamo is a symbol of Ukraine in the struggle for independence” 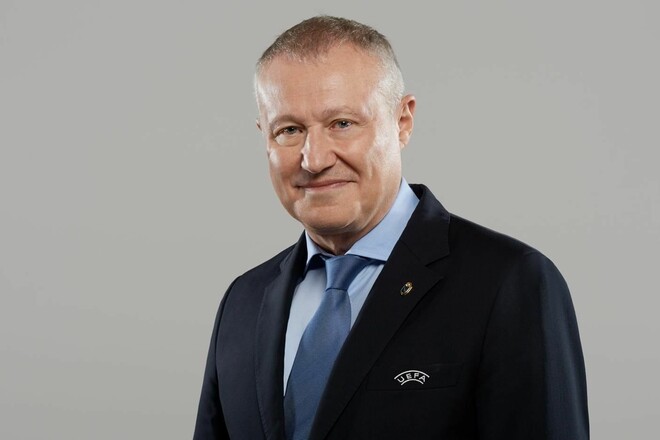 Former president of Dynamo Kyiv, honorary member of UEFA Grigory Surkis on the day of the 95th anniversary of the club said:

“In my worst dream, I could not see the circumstances under which Dynamo Kiev will celebrate its 95th anniversary. Because of the bloody war unleashed by Putin’s Russia, our country is going through the most difficult time in Ukrainian history. Today, when the bravest of patriots repulse the insidious aggressor, when thousands of lives are laid on the altar of freedom and democracy, football celebrations, as they say, are far from relevant.

However, most of our athletes are making every effort to support the state with at least a particle of positive. Dynamo players are among those who carry out this mission, confirming once again that the club’s brand is one of the symbols of Ukraine, including in its struggle for independence.

Some Dynamo joined the terrorist defense forces. Pictures of Belanov and Bessonov with weapons in their hands spread around the world. Even a veteran of the veterans – 82-year-old Jozsef Szabo – said that if necessary, he would take the machine gun in his hands! I am proud that these people have Dynamo hearts. As well as the fact that the current generation is completely composed not only of football professionals, but also of the patriots of Ukraine.

This pleasant burden – to be the locomotive of domestic football and the base club of the national team – is also one of the traditions of Dynamo Kyiv, since Soviet times. I hope that the guys will have enough both standards and ambitions to at least fight on an equal footing with Scotland and then with Wales. Of course, no one will undertake to foresee the result now. Firstly, this is a game, anything can happen on the field. Secondly, it is difficult to imagine how much the psychological state of Alexander Petrakov’s wards will play a role. I saw the emotions of the guys from our Dynamo U19 team, which in the playoffs of the UEFA Youth League lost minimally to the Portuguese Sporting. During these 90 minutes, the players also fought for their country. And as soon as they stepped onto the field, they became winners, regardless of the final result.

It is for many of them to take a direct part in the restoration of our football economy after the victory of Ukraine in the war. Each of us at Dynamo believes in this victory unconditionally. And I believe in the future of Ukrainian football, that it is thanks to the Dynamo players that it has won international prestige over the past 30 years. There are all conditions for this – a modern infrastructure, talented and ambitious mentors, and most importantly – the young generation’s thirst for football. Unfortunately, there is not enough peace yet. But he will come. And very soon.

The sports side of the matter today is far from being in the foreground, because there are problems, the solution of which is really vital for the country. On the agenda of Dynamo Kyiv is assistance to our armed forces, terrorist defense, volunteers, medical and humanitarian projects. All services of the club are involved in them – both centrally and at the level of personal initiative. My brother Igor and I will present a trust fund in the near future. It will be sent to urgent assistance to those who, due to the war, found themselves in an extremely difficult situation.

I am very pleased with the emotional background of the charity tour in Europe. For Ukrainians who were forced to find themselves abroad, Dynamo matches became a consolation. And for the belligerent country, not only funds were received; we contributed to the fact that as many people as possible in the civilized world learned about the horrors of war, that Ukraine received even more ardent admirers. Believe me, this is much more important than tournament points or guaranteed places in prestigious tournaments.

Shakhtar deserved a ticket to the Champions League no less than Dynamo. The leaders and supporters of the Kyiv club should thank the Pitmen for worthy competition, which underlies the progress of any sporting process. I wish the Donetsk team success on the European arena and I hope that we will eventually join them at the highest competitive level. This is inspired by the painstaking creative work of Mircea Lucescu at the head of the team, as well as the devotion of the president of the club to Dynamo traditions, loyalty to the chosen vector of the team’s development. Igor’s activity in a managerial position convinces: Dynamo is in safe hands!

However, I repeat, it is too early to switch to the football wave. How to concentrate on anniversary notes. However, even a war for Dynamo is no reason to forget about some of the cornerstone principles, like, say, caring for veterans and their families. Or providing all the conditions for the continuation of the full-fledged functioning of the children’s school.

We will definitely return the debt to our devoted fans. For now, it makes no sense to talk about those festive surprises that the club planned for its fans on the occasion of the 95th anniversary. We will implement them over the next years. By the way, it only seems that the next round date is still far away. Just a five year old. The next five-year plan of the renaissance of Ukraine, which will be reborn after the war, will be reborn as a country of unbending Heroes of Light, as a full-fledged member of the European family. In particular, in football, where Dynamo Kyiv was, is and will be a worthy representative of their homeland.”

ZELENSKY: “The 200th plane was shot down. Russia has never lost so many aircraft”

Marta KOSTIUK: “I felt a lot of improvement in my game”