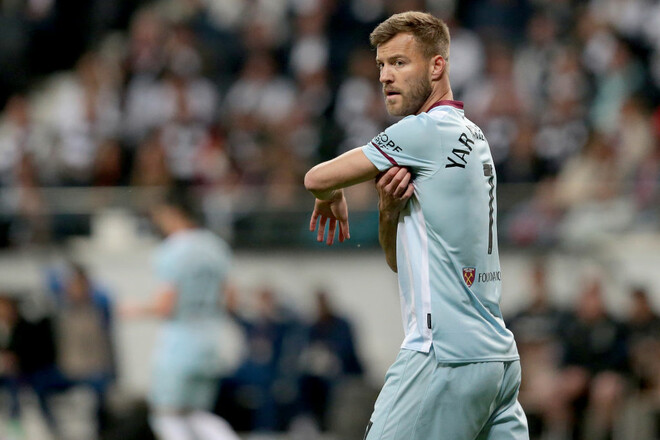 32-year-old winger of the Ukrainian national team Andrey Yarmolenko next summer will complete its cooperation with the English “West Ham”.

The Ukrainian veteran can continue his career in Spain, where Sevilla has plans for him, taking fourth place in La Liga two rounds before the finish line, allowing him to play in the Champions League.

It is noted that in the summer in Sevilla, there are likely to be major personnel changes. In particular, Munir El-Haddadi, Luc De Jong and Youssef En-Neseri can leave the team, which will weaken the attacking potential of the team.

In this regard, the sporting director of Sevilla Ramon Monchi is already looking for options to strengthen the squad. One of them is 32-year-old Yarmolenko, and his candidacy is completely satisfied with the head coach of the team Julen Lopetegui, who would not mind seeing among his wards such an experienced performer as a Ukrainian who has serious experience playing for Dynamo, Borussia Dortmund and West Ham.

Also, Sevilla is attracted by the status of a free agent, which Yarmolenko will receive. The Spanish club is once again determined to work in a targeted and extremely rational way in the transfer market, ensuring the team’s high-quality results in the future through successful signings.

Jovićević named Shakhtar squad for the match against Utrecht

Andrey DERIZEMLYA: “The base in Chernihiv needs to be demolished and a new one built”

Ukrainian goalkeeper Koval made an assist in the Europa League match