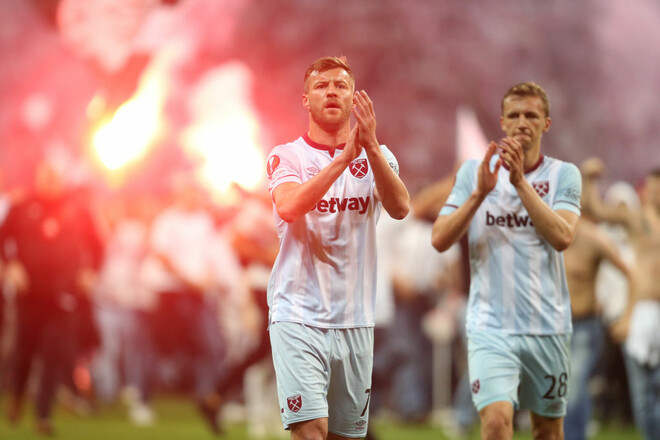 We offer you to familiarize yourself with the selection of the main news and materials on Sport.ua for Sunday, May 15.

1. Why a possible UPL outside of Ukraine is the wrong decision. Professional football is by no means something for which it is now worth making exceptions.

2. PHOTO. Yarmolenko and his family said goodbye to West Ham fans. The Ukrainian played the last home match in the London club.

3. Sobol won the Belgian championship for the third time in a row with Brugge. Eduard scored an assist in the match that brought the title.

4. Lunin took a penalty! Penultimate round in Spain: Real draw with Cadiz. Atlético and Sevilla parted ways in the fight for third place.

5. Mikolenko butted with Tawney. Everton lost to Brentford without solving the problem. Frank Lampard’s team was in the lead, but lost catastrophically in the air.

6. There will be a pause in the career. Svitolina is expecting a baby from Monfils. The couple is due to have a daughter in October.

7. Not before football. Mariupol will not play in the UPL next season. The club has suspended activities indefinitely.

8. Milan defeated Atalanta en route to the Scudetto. For Malinovsky, the season is over. The Rossoneri have increased their lead over Inter and are very close to the title.

9. Not only Mariupol. Desna may also stop playing in the Premier League. The club infrastructure was destroyed due to the war.

Pyatov’s wife: “I really want to sit on my mother’s knees”