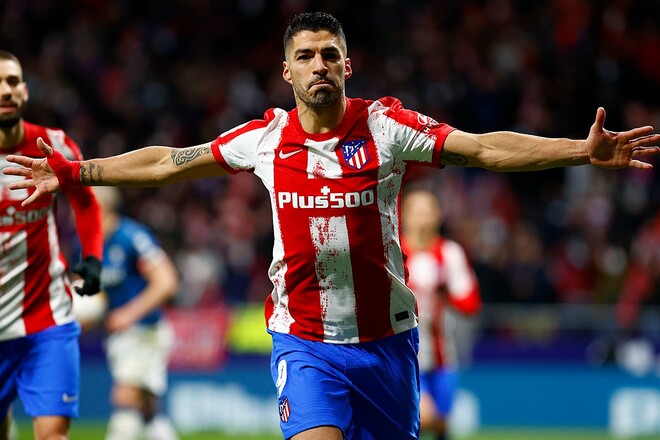 Atlético Madrid have officially announced that the striker Luis Suares will leave the team at the end of the current season.

The match of the 37th round of the championship of Spain against Sevilla (1:1) was the last for the 35-year-old Uruguayan in the home arena of the Madrid club.

Suarez has been playing for Atlético Madrid since September 2020. This season he has played 44 matches and scored 13 goals in all competitions.

In addition, the midfielder will leave Atlético at the end of the season. Hector Herrera.

At the end of the game, the Wanda Metropolitano will pay tribute to Luis Suárez and Héctor Herrera, who are saying goodbye to the Red & White family today. #ThanksSuarez #ThanksHerrera pic.twitter.com/qR9Xkk8RD6

Cadiz – Real – 1:1. How Lunin took a penalty from Negredo. Goal video and review

There are no representatives of Ukraine left in Toronto. Kichenok lost in doubles