Saturday, May 14 national team of Ukraine started working out in the gym. Physical training coach Vyacheslav Ruzhentsev suggested that the boys perform seven stations of physical activity, including bench press, work with the adductor muscles, lifting the legs, lunges and squats with a barbell, lifting on a platform with weights.

Compared to the previous similar work on muscle explosiveness, this time the weight in the shells was added and the number of stations was increased by one, and each of the exercises had to be repeated three times before moving on to the next. Increasing the load on the resistance, the coaching staff prepares the team to counter the representatives of British athletic football.

The forward arrived at the team’s camp at noon Roman Yaremchuk. The match of his “Benfica” was postponed to an earlier date, so Roman did not rest for an extra day, and immediately flew from Lisbon in the direction of Ljubljana. Goalkeeper Georgy Bushchan was the first to meet his old friend at the reception. Warm hugs and friendly greetings once again filled the location of the blue and yellows in Brdo. Yaremchuk was the first legionnaire to join the team – it was noticeable how he missed his teammates.

Together with Yaremchuk he is now in the camp of the national team 23 performers, and they all took part in the evening training. Roman set to work diligently, which tonight included a warm-up, ball control relay, square and game series.

Returned to the general group Artem Dovbik. So far, doctors are dosing the load in the game series between him and Victor Tsygankov, however, the very participation in all aspects of the training process suggests that the guys are on the way to full recovery. On Sunday, May 14, the national team of Ukraine will have two training sessions again. 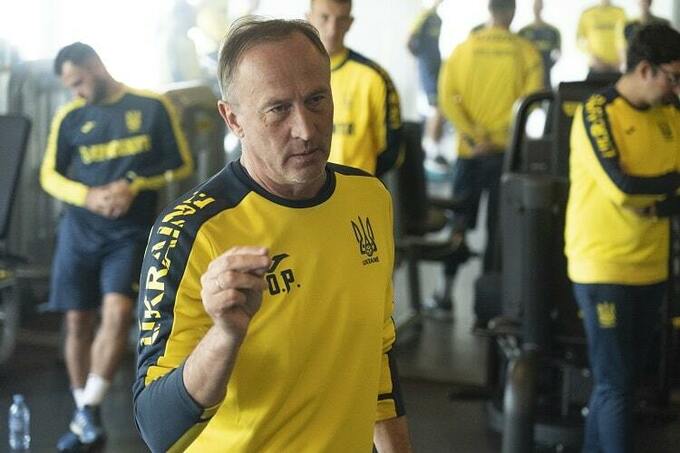 Tottenham - Burnley. Forecast and announcement for the match - Premier League of the Championship of England - 15.05.2022 ⋆ SPORT.UA

Sadio MANE: “I had no doubts about moving to Bayern”

Ukrainians suffered a fourth consecutive defeat at EuroBasket U-18