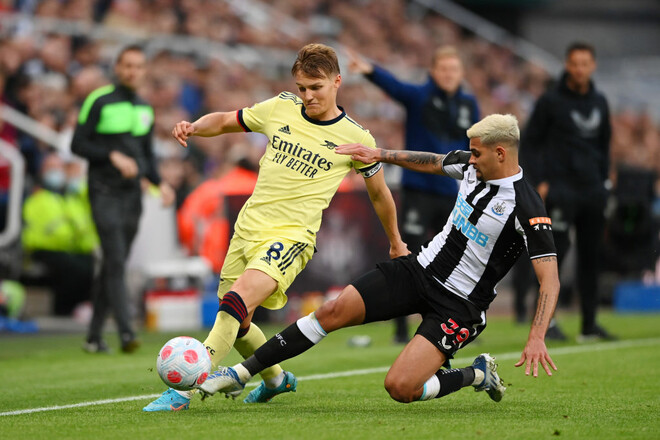 Today, Newcastle in the 37th round of the Premier League unexpectedly beat Arsenal at home with a score of 2:0. The score was opened thanks to an own goal by Arsenal defender Ben White.

This defeat puts Arsenal in the Champions League at great risk. With a round to go, Mikel Arteta’s Gunners are two points behind Tottenham.

Draw with Lazio. Juventus say goodbye to Chiellini and Dybala

Sergey LAVRINENKO: “Seleznev will try to play for another 3-4 years”

Sergey LAVRINENKO: "Seleznev will try to play for another 3-4 years"

“It is unacceptable”. Manchester United coach dissatisfied with Ronaldo’s behavior