VIDEO. Diary of the Ukrainian team. Emotional uplift after Eurovision

After the victory of the Kalush Orchestra, which the collections were watched live, the song “Stefania” is on everyone’s lips: someone sings, someone quotes, someone listens. The triumph of Ukraine at Eurovision is that important emotional lift that the Ukrainian nation needs now, and the guys realize that Ukrainians expect the same from them.

On May 15, the blue-yellows held two training sessions on the field. In the morning, the work was focused on the execution and actions during set pieces, as well as working out the mutual understanding of individual links – defense and attack.

In the evening, the coaching staff once again devoted their attention to passing and ball control, as well as work in game series with changing tasks. At the end of the lesson, the guys worked on shots on goal, including the completion of crosses from the flanks. All 23 players who are now present in the camp of the main team of the country worked at both training sessions.

On May 16, around noon, three more foreign players who played the final matches of the club season this weekend will arrive in Brdo – Danilo Sikan, Taras Kacharaba and Alexander Zubkov.

Together with this trio, the compilations will hold an afternoon workout on Monday, after which they will have dinner and go to the airport. The charter flight from Ljubljana to Pisa is scheduled for 20:30 CET: the flight will last about an hour. From the airfield, the blue-yellows will go by bus to Florence (90 km), where they will stay at the local Hilton hotel.

On May 17, for the game in Empoli, 35 km from Florence, the Ukrainian team will travel from there. After the match with Empoli, the Ukrainians will return to the Hilton, and the next morning they will go on a charter flight to Rijeka, where they will play a test match with the local club.

VIDEO. Diary of the Ukrainian team. Emotional uplift after Eurovision 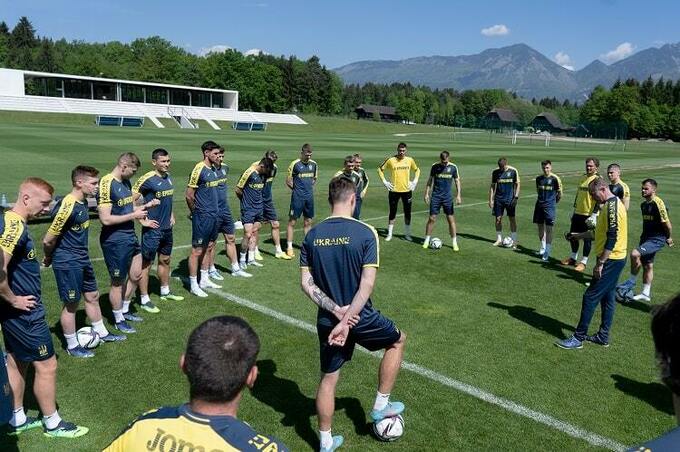 Without Pustovoy and Lukashov. Application of Ukraine for the match with the Macedonians