Massimiliano ALLEGRI: ‘Draw with Lazio is the epitome of Juve’s season’ 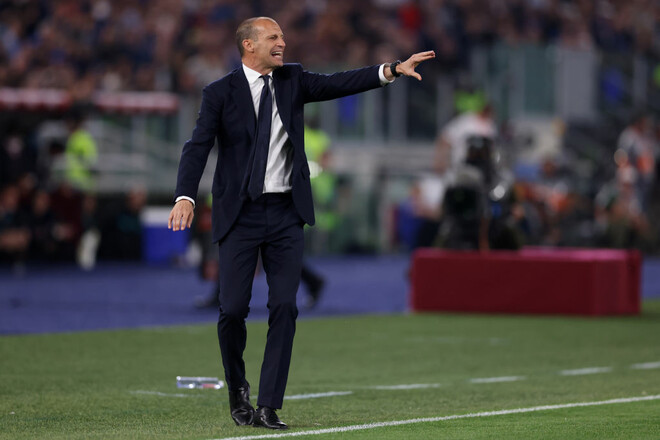 Juventus head coach Massimiliano Allegri commented on the draw with Lazio (2:2) in the match of the 37th round of Serie A.

“We were winning, the players were doing well, but it happens. In some ways, this is the personification of the Juventus season. We need to get used to winning again.

I spoke with the club’s management, we have clear ideas, although the market is unpredictable. I think we have laid a good foundation. Players like Vlahovic and Zakaria have just arrived and they will be better next season,” Allegri said.

Eintracht coach: “We will do everything to return from Spain with a trophy”

Eintracht coach: "We will do everything to return from Spain with a trophy"

Igor DEDYSHIN: “Croats were playing football when bombs were falling on Zagreb”

VIDEO. Ukrainian Loss made his debut in the UFC with a defeat from a Romanian fighter