Rukh U-19 arrived in Poland. The team can qualify for the UEFA Youth League

Rukh U-19 arrived in Poland, where on May 17 and 20 matches against Ingulets and Kolos will take place as part of the postponed matches of the Youth Championship of Ukraine.

Earlier, the UPL and the UAF decided to allow these meetings to be held in order to decide the outcome of the championship on the field.

If Rukh manages to get two wins, then the team will overtake Dynamo and Shakhtar, winning the U-19 title.

This will allow the Lviv team to play in the UEFA Youth League next season. 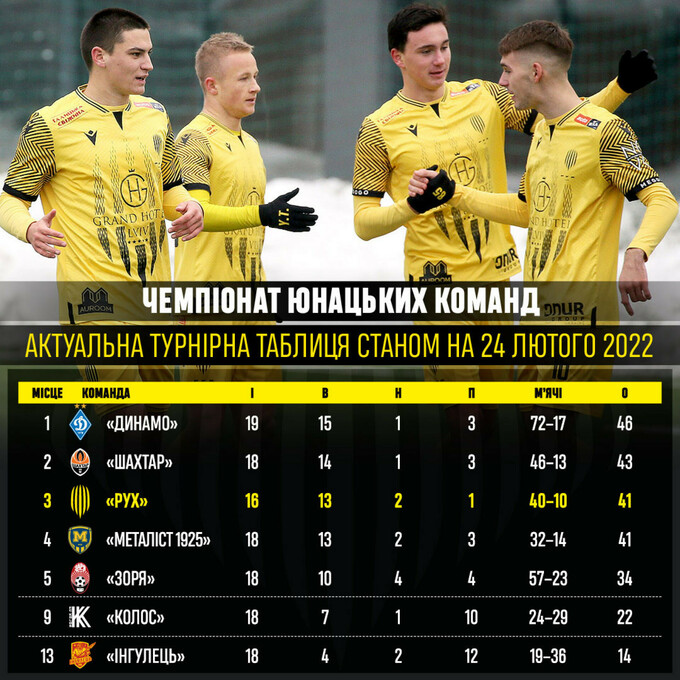 Dmitry PIDRUCHNY: “We need to declare that Ukrainian sport exists”

Anton DUDCHENKO: “It was important to feel the competitive rhythm”

Carlo Ancelotti: “The first half was difficult, but we put the squeeze on Celtic”