May 16 is the first day of the third week of the preparatory camp in Slovenia national team of Ukraine started with training. Before the visit to Italy and Croatia, head coach Alexander Petrakov held a pre-match session.

The coaching staff worked out the tactics that will be used in the next two control matches, the distribution of squads and tasks for the players at the match with Empoli and Rijeka took place. The training was preceded by a tactical lesson dedicated to the analysis of the game of the Tuscan team.

At lunch, three performers from foreign championships arrived at the camp of the national team – Alexander Zubkov from the Hungarian “Ferencváros”, Taras Kacharaba from the Czech “Slavia” and Daniel Sikan from the German Hansa. The guys immediately plunged into communication with teammates. The whole trio flew to Italy in the evening as part of the national team.

But two players remained in Brdo. Goalkeeper Anatoly Trubin, who Oleksandr Petrakov will let go to the camp of the youth national team of Ukraine, who will gather in Turkey on May 17, will independently fly to the location of the U-21 team. Here is the midfielder. Sergey Buletsa I stumbled during a morning workout and injured my ankle ligaments. He will remain in Slovenia for now.

On May 16 at 20:30 CET, 24 players took off on a charter flight Ljubljana-Pisa as part of the Ukrainian delegation. There will be no traditional on-field training and pre-match press conference in Empoli, as well as in Rijeka, where the blue-and-yellows will arrive on the day of the game. However, the post-match communication of the head coach from the media will definitely take place. Upon arrival in Pisa, the Ukrainian team covered another 90 km by bus in Florencewhere she settled in the Hilton Florence Metropole hotel.

On May 17 in the morning, the national team will train at the famous base of the Italian Football Federation in Coverciano, literally a 25-minute drive from the hotel. And two hours before the start of the control match, the collections will go to Empoli: Stadio Carlo Castellani is about the same distance from the Hilton as the base of the Italian national team. After the game with Empoli, the blue-and-yellows will return to the hotel, and the next morning they will fly to River. 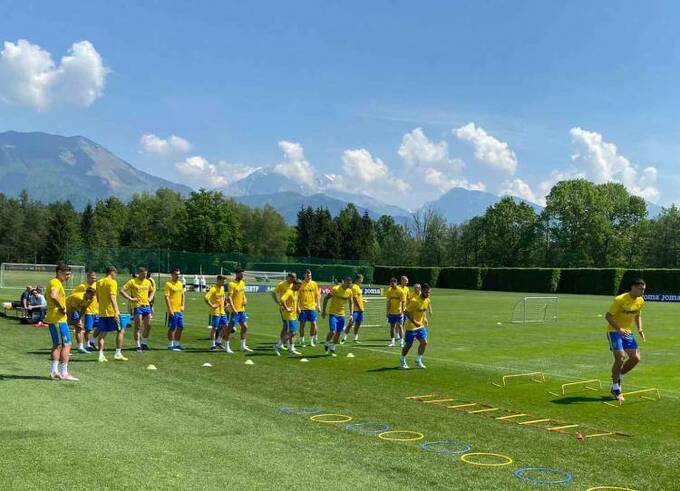 Massimiliano ALLEGRI: ‘Draw with Lazio is the epitome of Juve’s season’

Massimiliano ALLEGRI: 'Draw with Lazio is the epitome of Juve's season'

A PHOTO. Antetokounmpo met with Rashford. The players exchanged jerseys