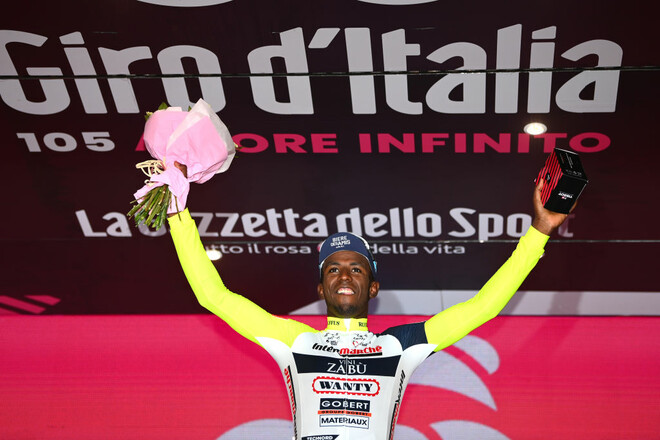 Yesterday, the Eritrean cyclist of the Intermarche Wanty Gobert team, Binyam Ghirmay, managed to first make history within a few minutes, and then fall into it.

He won stage 10 of the 2022 Giro d’Italia and became the first black Grand Tour stage winner in history. And a few minutes later he unsuccessfully opened champagne at the awards ceremony – the cork shot him right in the eye.

The blow was strong, and Girmai immediately went to the hospital. The damage turned out to be serious, and today he did not go to the start of the 11th stage of the Giro.

This is what Girmay looked like after yesterday’s visit to the hospital:

820 pm @GrmayeBiniam has just left hospital in Jesi #Giro105 His start in stage 11 looks unlikely. In the morning the team will communicate about it 🤞 pic.twitter.com/WvBC5Z2ZJL

Rio FERDINAND: Ronaldo not nominated for player of the year? This is ridiculous”

Kylian MBAPPE: I was in talks with Liverpool