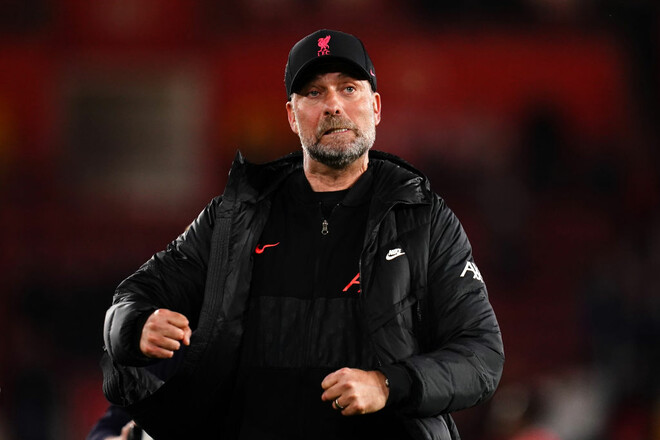 Liverpool manager Jürgen Klopp commented on the victory over Southampton (2:1) in the match of the 37th round of the Premier League and assessed the chances of his club for the championship.

“We played with 9 subs at the start and it’s a great result. We didn’t drop out of the game. There were periods when we did not control the ball well enough, but we were able to score. Best Game, Incredible Performance, 9 Substitutions. Everything worked thanks to the players. If it didn’t work, I would be 100% responsible.

Of course, a championship is unlikely because Man City are playing at home against Aston Villa.

We remember that City won the championship [в 2019 году] thanks to 11 millimeters. For us to become champions, we need to win our game first, and Aston Villa need to get a point against City.

We must first win our game. We don’t talk about Wolves like they don’t exist. But most likely, City will certainly win this game. But this is football.”

Liverpool (89) are one point behind Man City (90). Jurgen Klopp’s team needs to beat Wolverhampton in the last round and count on Manchester City’s loss of points in the game with Aston Villa.

Scandalous Super Bowl. What awaits the fans at the match “Zenith” – “Spartak”

General Staff: “Russians place their equipment in kindergartens and churches of the UOC-MP”

Oleksandr KRASYUK: “Usyk went through hell and it made him stronger”