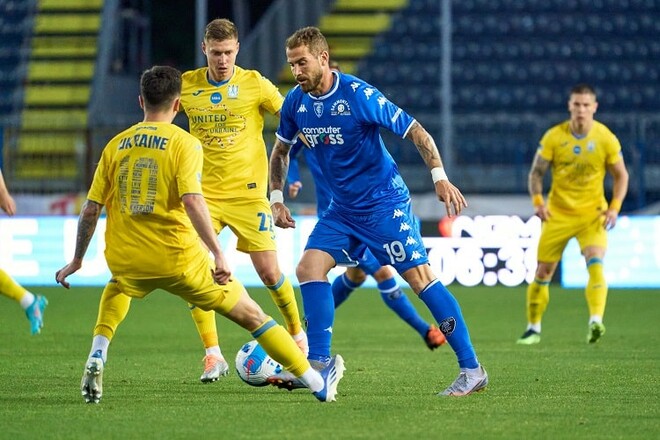 We invite you to take a look at our collection breaking news and materials for Sport.ua for Tuesday, May 17th.

1. Shock start of the second half. The Ukrainian national team beat Empoli
Petrakov’s team won another victory in a charity match

2. PETRAKOV: “The guys have a lot of workload. A lot of people could barely move their legs.”
The coach of the Ukrainian national team spoke about the friendly match against Empoli

3. Empoli – Ukraine – 1:3. Beautiful undercut Karavaeva. Goal video and review
Watch the video review of the friendly match of the blue-yellows in Italy on May 17

4. Real will sign an experienced goalkeeper and is ready to let Lunin go
The club wants to sign David Ospina as a reserve

5. Everything will be decided in the last round. Liverpool beat Southampton and keep the chance
Jurgen Klopp’s team should expect Manchester City to lose points

6. Surkis told who he is ready to sell in the summer and whether there will be a sale in Dynamo
Two or three players may well leave the camp of the “white-blue” in the near future

7. Surkis clarified whether Lucescu will continue to work with Dynamo
Experienced coach has a contract until 2024

8A. Denis Popov was injured in a duel with Empoli
Defender plagued by injuries

8B. He will be released to his wife. Became known the degree of injury Denis Popov
According to Petrakov, he has a problem with the Achilles tendon, he needs an MRI

9. Source: Top clubs in the Premier League watch Zabarny
The main player of the Ukrainian national team can move to England