Arsenal – Everton. Forecast and announcement for the match – Premier League of the Championship of England – 22.05.2022 ⋆ SPORT.UA 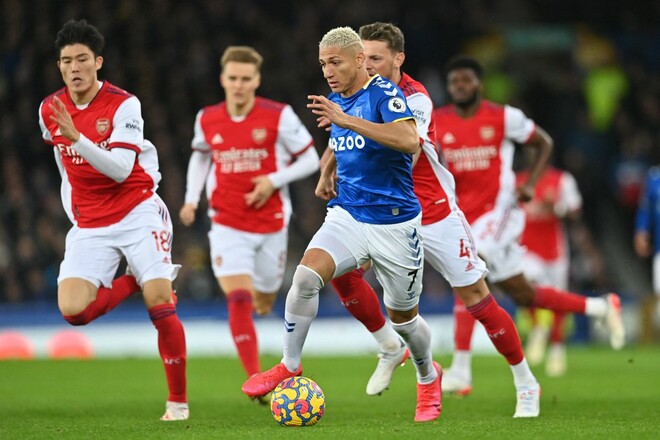 On Sunday, May 22, at the Emirates Stadium in London, the match of the 38th round of the English Championship will take place, in which the local Arsenal will host Everton. The fight is scheduled to start at 18:00 Kyiv time.

The Gunners are on the verge of failure and not getting into the Champions League zone. Defeats against Tottenham and Newcastle in recent matches have put the Reds in a very difficult position. Before the last round, the gunsmiths have 66 points and are fifth in the standings. Arsenal are two points behind No. 4 Tottenham. Thus, to get into the most prestigious club tournament in Europe, the wards of Mikel Arteta need not only to win, but also to hope for the defeat of Tottenham from Norwich, which is hard to believe.

The season could turn out to be a complete failure for Arsenal. The team from the capital of England flew out at the stage of 1/32 finals of the FA Cup from the modest Nottingham, and also lost to Liverpool in the semi-finals of the English League Cup. Failure to qualify for the Champions League will be considered a complete failure.

Three Londoners will not be able to take part in the match. These are the injured Thomas Partey, Kieran Tierney and Takehiro Tomiyasu.

Butterscotch only in the last round solved the main problem – they remained in the Premier League. Frank Lampard’s wards, losing 0-2 during the meeting, were able to turn the tide and snatch victory from Crystal Palace. The joy of the players, coaches and fans knew no bounds. Although, it seems that this is not an achievement for Everton, since they are used to being at the top of the standings.

Thus, the meeting with Arsenal will have absolutely no tournament value for the Blues, so various variations with the squad are possible. However, the Ukrainian defender Vitaliy Mykolenko, who has become the main player of the team, should enter the field.

The injured Fabian Delph, Nathan Patterson, Andros Townsend and Yerry Mina, as well as the suspended Salomon Rondon, will definitely not help Frank Lampard’s team in this game.

218 matches, 108 wins for Arsenal, 64 victories for Everton and 46 draws – these are the figures of the teams in head-to-head matches. The goal difference is 361:262 in favor of the Gunners.

In the first round, Everton at home won a strong-willed victory over Arsenal with a score of 2:1.

We believe that this match will end in victory for the hosts. Our bet will be the position – P1 with a coefficient of 1.36 on the Parimatch line.

Ruslan MALINOVSKY: “We understand the full responsibility of the match against Scotland”