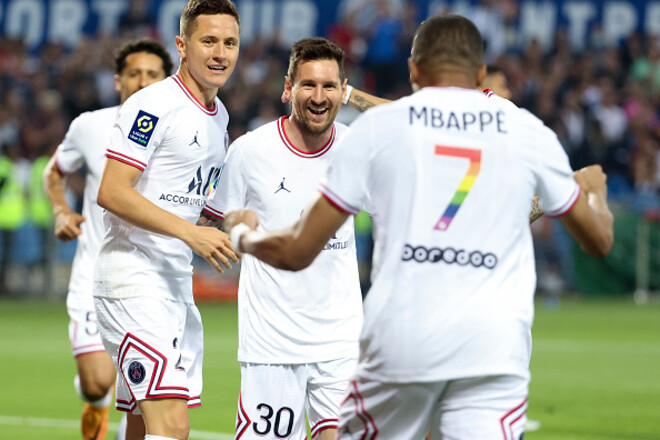 On Saturday, May 21, in Paris at the Parc des Princes arena, the match of the 38th round of the French Ligue 1 will take place, in which PSG will host Metz. The starting whistle of 44-year-old referee Anthony Gauthier from Seclin will sound at 22:00 Kyiv time.

Wards of Mauricio Pochettino have already celebrated their early championship. Now they are in the first place in the Ligue 1 standings with 83 points (25 wins, 8 draws, 4 losses). In the last five matches, the Parisians have achieved two wins and three draws.

PSG currently have the best record in the French home league. In 18 meetings at the Parc des Princes, they scored 48 points (15 wins, 3 draws, 0 losses). However, in the last two home matches at the moment, they were content with exclusively draws (Lens – 1:1, Troyes – 2:2).

In the upcoming match, Draxler, Kurzava, Icardi and Paredes will not help the partners, the participation of Dagba and Diallo in the game is questionable.

“Messinians” in the table of the French championship are in 18th position. In 37 meetings, they scored 31 points. How much, but with the worst additional indicators, and Saint-Etienne, who is in the zone of direct reduction in the class (Metz, with the 18th final place, can become a participant in the play-off).

Away this season, the team of Frederic Antonetti scored 15 points (3 wins, 6 draws, 9 losses). This is the current 17th result. However, if in today’s last away match “Metz” tied with “Montpellier” (2:2), then before that it had a series of four away defeats in a row.

We believe that the hosts will be able to achieve a convincing victory in the upcoming match. Our bet will be the position – P1 with a handicap of -2.5 goals with a coefficient of 2.00 on the Parimatch line.

They are choked by a toad. Day 81. Orcs hit Ukraine with rockets after Eurovision

Ukraine will host the European Karate Championship in 2026