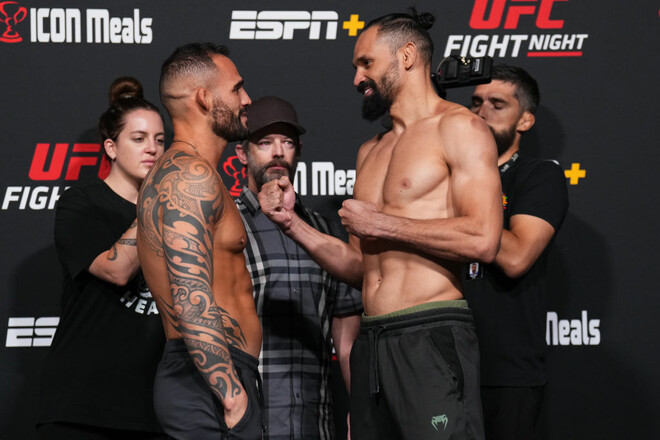 The fight will take place on May 22 in Las Vegas (Nevada, USA) at the UFC Apex complex and will become the co-main event of the UFC Fight Night 206 tournament. The estimated start of the fight is 03:30 Kyiv time. The fight will be broadcast live on Setanta Sports.

Ponzinibbio has lost two of his last three fights. In January last year, he was knocked out by Li Jingliang, in June the Argentine defeated Miguel Baez by unanimous decision, and lost again in December by a split decision to Jeff Neil.

Pereira has only won since September 2020, having passed Zelim Imadaev with a reception and a unanimous decision of the judges Chaos Williams, Nico Price and Andre Fialho.

Two good drummers will converge in the cage. Ponzinibbio a few years ago would have been a big favorite in such a duel, but today the Argentine Dagger has become blunt. Santiago has noticeably slowed down in physical condition and looks worn out.

Pereira is fresher and more versatile, in which case, he can resort to work on the ground. Pereira holds a punch well, which cannot be said about Ponzinibbio. The Brazilian’s punching power is more than enough to knock out his opponents, and Pereira has more tools to win despite his sometimes poor cardio. Therefore, our choice is “Destroyer”.

Pereira wins by knockout in the 2nd round

Ukraine is protected by 700 thousand military