Sassuolo – Milan. Forecast and announcement for the match – Serie A of the Italian Championship – 22.05.2022 ⋆ SPORT.UA 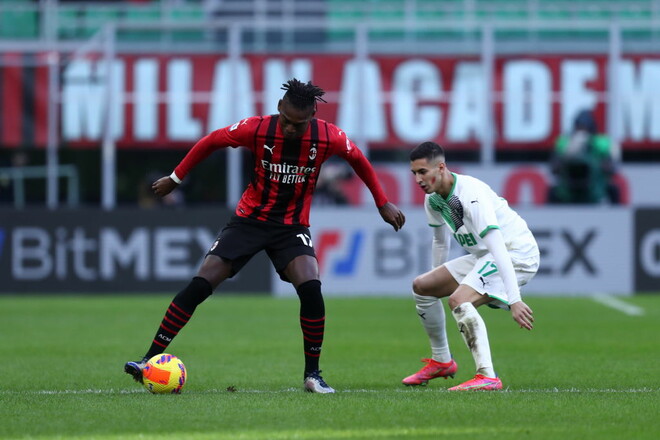 On Sunday, May 22, in Sassuolo, at the Mappe Stadium, the match of the 38th round of the Italian Serie A will take place, in which Sassuolo will host AC Milan. The starting whistle will sound at 19:00 Kyiv time.

Sassuolo finishes the championship. The team takes 11th place in the championship and has long lost its tournament motivation. The wards of Alessio Dionisi will not be able to radically rise or fall in the standings. But in the last round of Serie A, the “black-greens” can influence the definition of the champion. By beating Milan, under certain circumstances, Sassuolo can save their opponent the title.

The team ends the season with a positive mood. In the previous round, Sassuolo beat Bologna (3:1), and before that, they had drawn with Udinese. Traditionally, Sassuolo is a bright and attacking team that scores and concedes a lot. The team has 64 goals, which is the sixth indicator in the championship. More than fourth-placed Juventus. Also, the team scored 34 goals in the second part of the season – this is the third indicator in the championship.

Milan are very close to their first Italian title since 2011. This season the team of Stefano Pioli goes very confidently. Taking advantage of the problems of Juventus, Atalanta and Roma, the main battle for the Scudetto unfolded between the teams from Milan. The Rossoneri are two points ahead of Inter. Even a draw will suit Milan. But, we should expect the team to be determined to win. Milan are currently on a five win streak in the league. In total, the club earned 83 points in the championship – this is the highest result since 1980.

The Rossoneri have already won 25 league games. Only three times in its history has a team won at least 26 league titles.

“Milan” rightly is the favorite of this confrontation and the leader of the championship. A motivated team will come out to show their best game and celebrate their title.

We believe that in the upcoming match the Milanese club will have no problems achieving a winning result. Our bet will be the position – P2 with a coefficient of 1.44 on the Parimatch line.

Karavaev: “In the match against Scotland we expect nothing else but victory”

“Ready to close Putin from a bullet.” The former head of F-1 again got into a scandal

Bezborodko decided not to stay in Zara. Will look for a club abroad