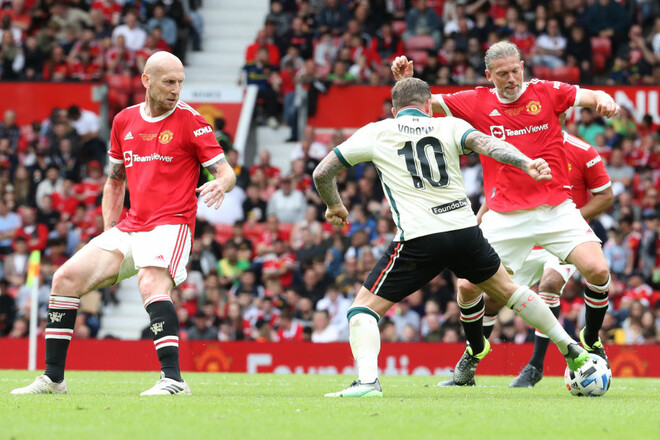 Andrey Voronin took part in the duel between the legends of Liverpool and Manchester United, which took place on Saturday at Old Trafford. The 42-year-old Ukrainian played in the first half for Liverpool, failing to score. The match ended with a 3-1 victory for Liverpool. As part of the winners, Luis Garcia and Mark Gonzalez distinguished themselves, who scored a double, and Dimitar Berbatov scored a goal for the home team.

The replacements were: Fortune, Webber, Pilkington, O’Shea, Sylvester and Brown.

Hat-trick Mbappe. Finish of the championship of France: who got into the Champions League?

A PHOTO. How it was. Roma won the first European trophy in history!

Taras STEPANENKO: “We must forget about this defeat”

Artem PRIMA: “Russia is a terrorist country No. 1”