The team from Manchester made a big comeback in a dramatic last round match, scoring the right three goals in the end of the match against Aston Villa (3: 2)

On the Premier League trophy – the flag of Ukraine thanks to Alexander Zinchenko! 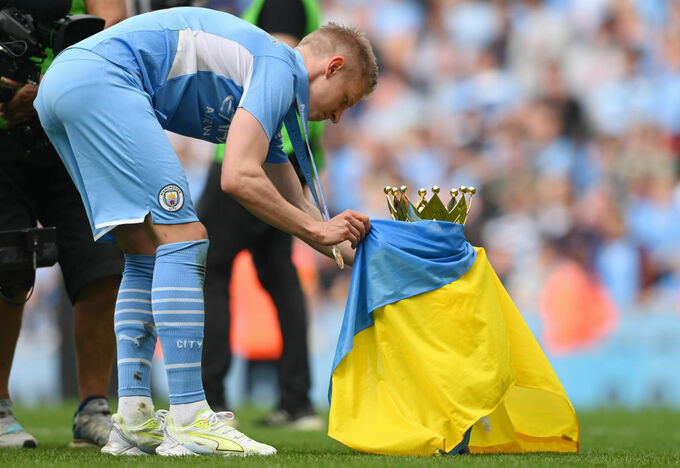 Oleksandr KRASYUK: “Usyk went through hell and it made him stronger”