Euroleague champion Micic may continue his career in the NBA 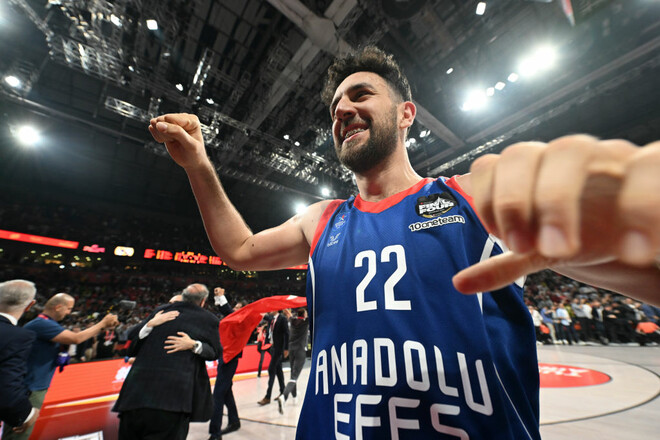 Leader of Anadolu Efes Vasilie Micic recognized as the “Most Valuable Player” of the Final Four in Belgrade.

Micic gave Ephesus a semi-final victory over Olympiacos, scoring 15 points and 9 assists and posting the game-winning 3-pointer at the end. In the final against Real Madrid, he scored 23 points and 2 assists and also helped Efes with several long shots in the fourth ten minutes.

According to the source, several NBA teams are interested in Mitsic’s services.

Micic was selected by the Philadelphia with the 52nd overall pick in 2014. Now the rights to the Serb belong to Oklahoma.

Last season, Mitsic was recognized as the most valuable player in the Euroleague.

VIDEO. Anderson Silva had a bright fight with Bruno Machado

WBC President: It’s only fair if Lomachenko gets a title shot

Stefano PIOLI: We were more stable than Inter

FC Rukh: “We are not satisfied with the Setanta proposal, but we are for a single telepool”