The fate of the championship title in the Premier League is decided on the final game day. Manchester City are 1 point ahead of Liverpool (90 to 89).

Ukrainian defender’s team Alexandra Zinchenko a victory over Aston Villa is urgently needed to lift the coveted trophy over their heads. Liverpool need to beat the Wolves and count on the loss of points by the Citizens.

For 4th place and a ticket to the Champions League, Tottenham and Arsenal are fighting in absentia. Due to better goal difference, a draw against Norwich is enough for Spurs.

But Man United needs a victory over Crystal Palace to secure 6th place and a pass to the group stage of the Europa League, which is also claimed by West Ham with Andriy Yarmolenko. From the 7th place, the Hammers will start in Q4 of the Conference League.

Among the outsiders, Burnley and Leeds will determine the third loser of the season, who will fly out of the Premier League along with Watford and Norwich. 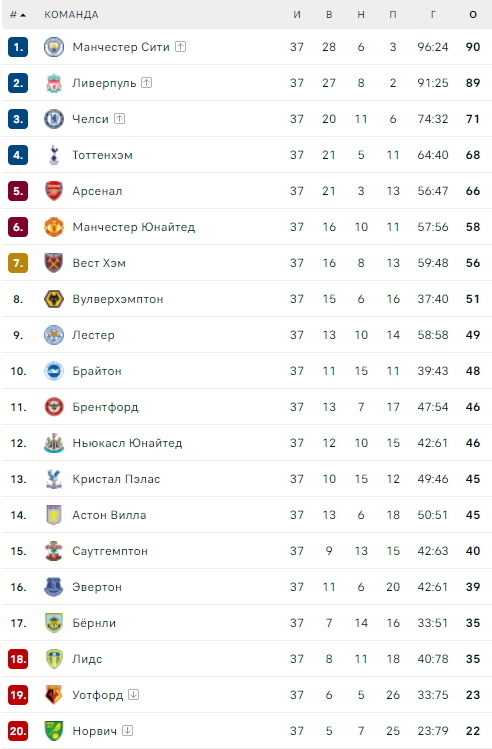 Cheryshev announced his departure from the Spanish “Valencia”

The head of Dynamo: “Pavelko promised to help in negotiations on the telepool”

Kremen and Gornyak-Sport will play in the new PFL season

VIDEO. Former Dynamo player scored a hat-trick in the match of the Armenian championship