May 22 Italian championship at the same time, the key fights of the last 38th round took place.

The fate of the championship title in Serie A was decided on the final game day. “Milan” was ahead of “Inter” by 2 points and even had an advantage in personal meetings with equal points. A draw in the away game against Sassuolo was enough for Milan to win the Scudetto.

The Rossoneri quickly removed all questions about the championship, shipping three Sassuolo goals (3:0) in the first half with the efforts of Olivier Giroud (double) and Frank Kessier.

Although Inter won confidently at home against Sampdoria (3:0), this victory did not become a champion for the Nerazzurri.

This is the 19th title for Milan, the same for Inter. Juventus has more than others in the Italian championships (36). 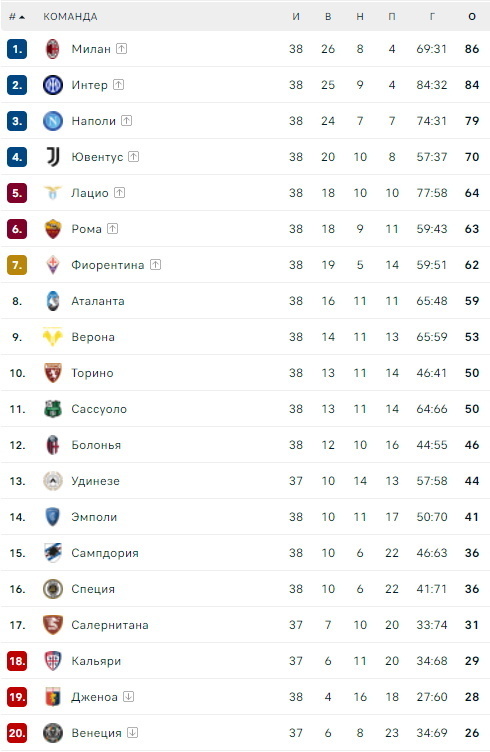