Scandals and shame of Spartak instead of the championship. What do you remember about the RPL season?

The Russian football championship ended on Saturday. About the main characters, losers and scandals of the season – in the material of RBC 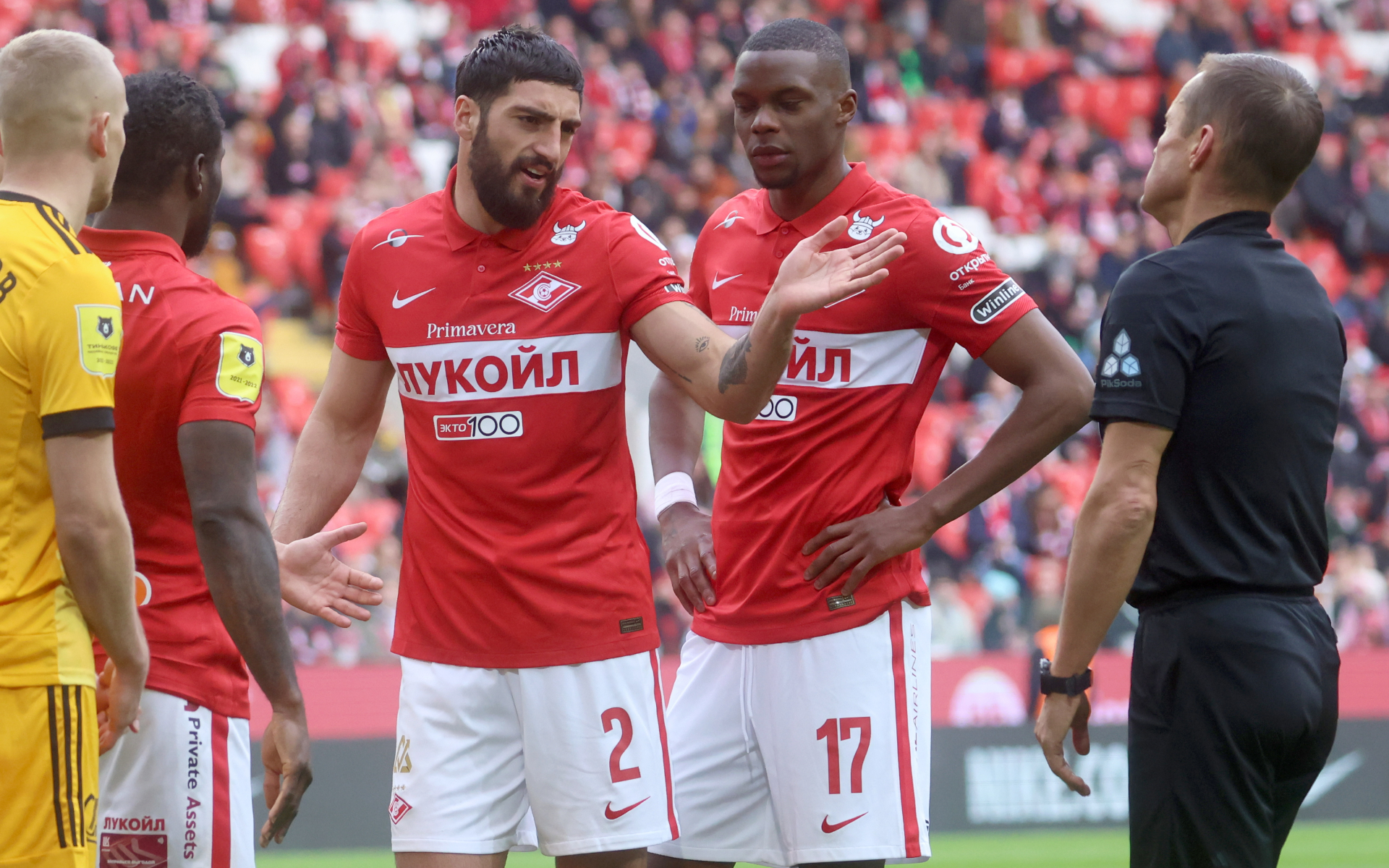 The next championship of “Zenith” and the helplessness of Moscow clubs

Zenit became the eight-time champion of Russia. And for the fourth time in a row he won the championship title. Only Moscow Spartak succeeded in this (6 years, 1996-2001). In all four cases, the wards of Sergei Semak did it ahead of schedule.

Petersburg team scored 65 points. This is the fifth result in the history of the club. He scored the same amount in the 2010 championship season. He scored the most points in the 2011/12 season – 88.

In the course of the season, Zenit had a noticeable advantage over its main competitors. The St. Petersburg club, in contrast to Dynamo Moscow, which pursued throughout the entire tournament, showed a more solid game, beating all the leading teams.

Champion of Russia in the “Zenith” Skrtel retired 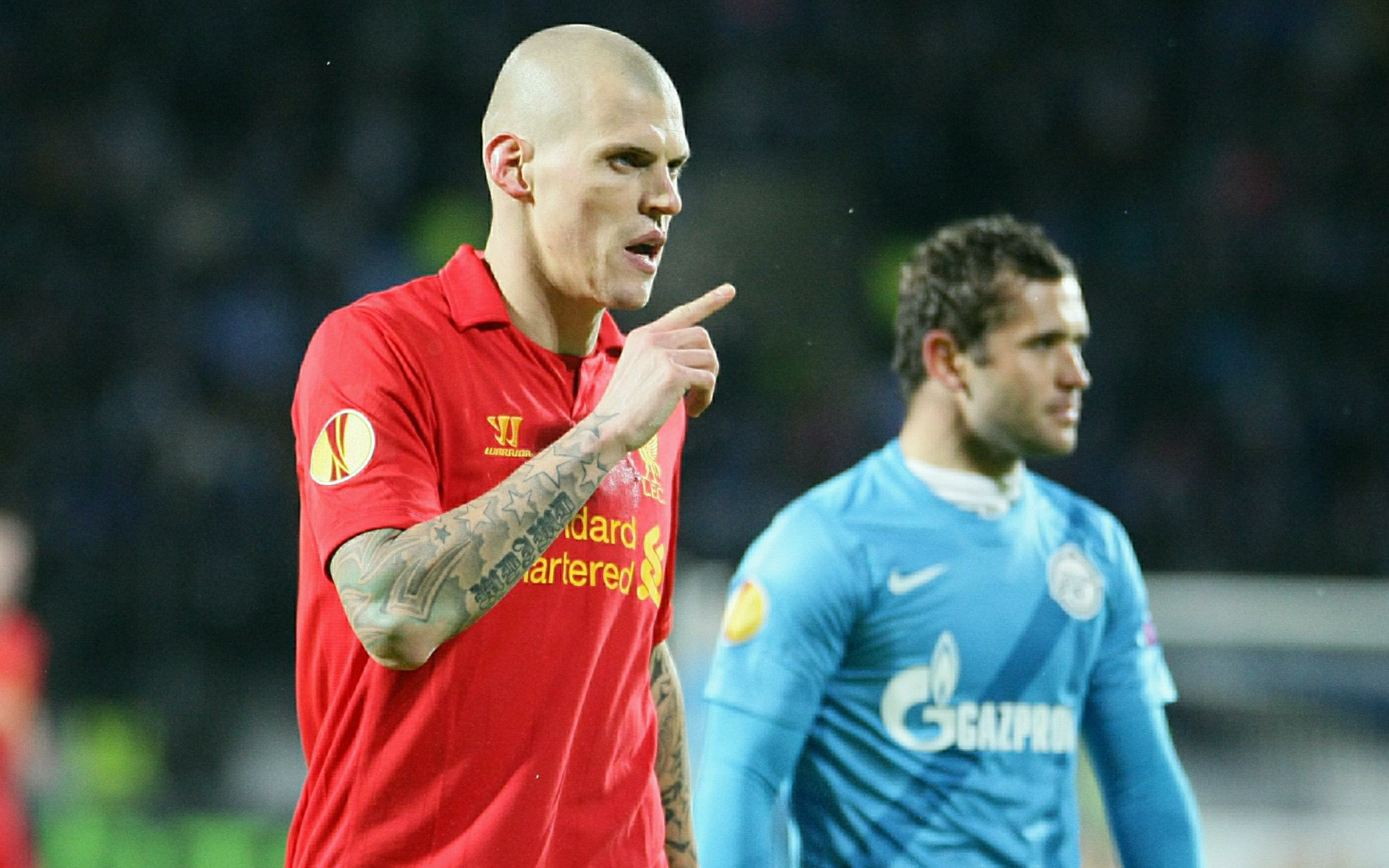 Zenit also extended their unbeaten streak in matches with capital clubs. The last defeat of the club was in the away match against Dynamo (0:1) on August 29, 2020. In the next 15 meetings, he scored 10 wins with 5 draws and a goal difference of 39-12.

Of the Moscow teams, only CSKA lost all the games, however, along with the Blue and White, they played the least number of matches during this period – three. And Lokomotiv (13-3) and Spartak (12-3) have the worst indicators of goals scored and conceded.

“White-blue” for the first time since 2008 won the medals of the championship of Russia. And for the fifth time bronze. The club has only one silver medal – 1994. Of the Moscow clubs that constantly play in the RPL, Dynamo got into the top three the fewest times. And it is the only club without a champion title in Russian history.

This season, the “white-blue” were closer than ever to the championship. Until the 26th round, the club was a real contender for the championship – in 21 out of 30 rounds it did not fall below second place in the standings.

However, throughout the spring part, Dynamo showed an indistinct game, so most experts did not believe in the championship. In addition, the “white-blue” won only one victory in matches with Moscow clubs and Zenit. 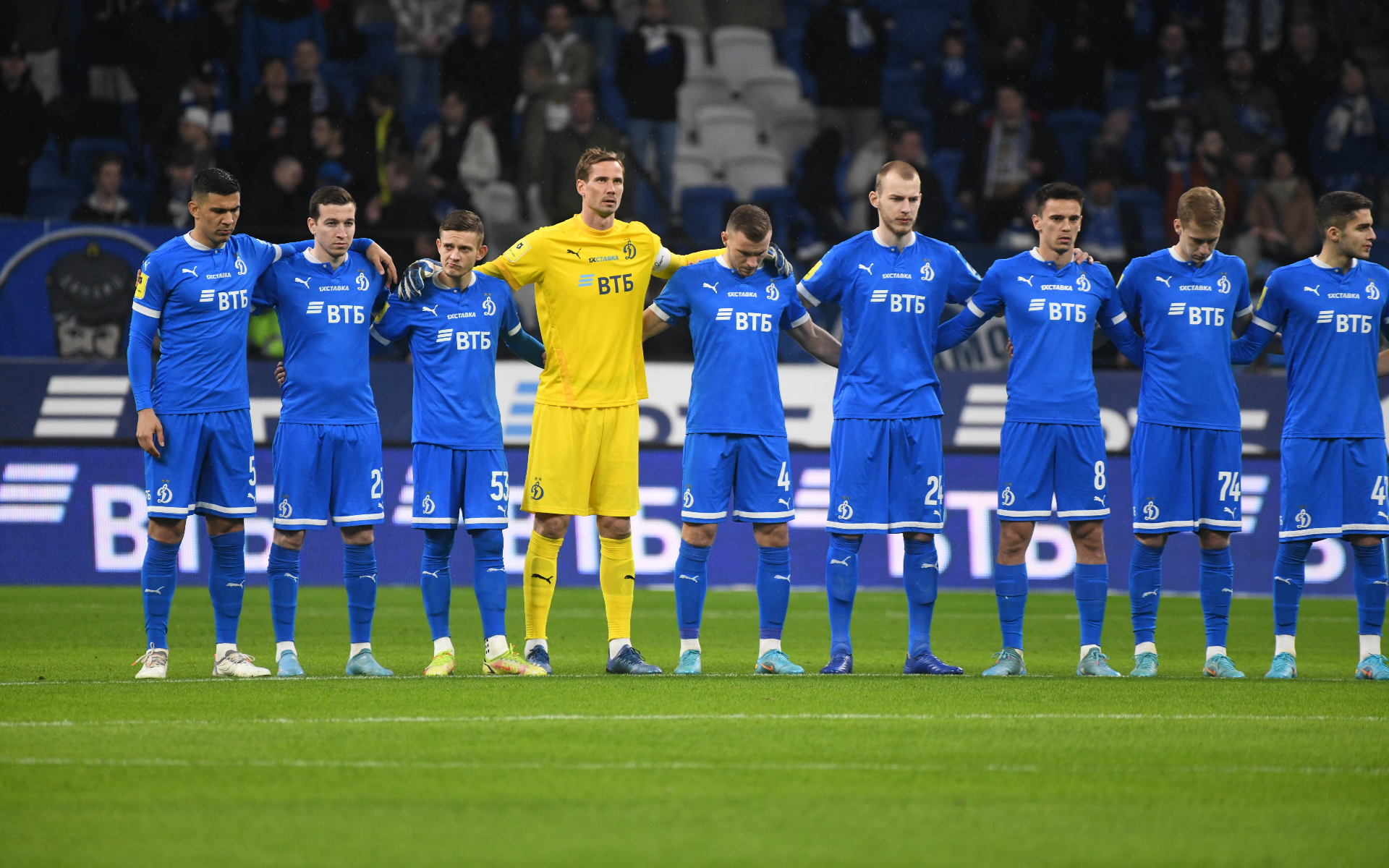 In the spring, only in three games out of 12, Dynamo had a noticeable playing advantage over the opponent. The center of defense looked the most vulnerable for the team. The club did not find a replacement for the leading defender Ivan Ordets – the Ukrainian left the club in March due to a military operation.

Despite the quality of the game, the team managed to keep up with Zenit for a long time. Game problems affected the result at the end of the season – three defeats and a draw in the last four games before the final round.

For the first time in the history of the championships of Russia, Spartak, CSKA or Lokomotiv were not among the winners. The army team had good chances of getting into the top three, but at the finish line Sochi, formed in 2018, overtook them. The club under the leadership of Vladimir Fedotov won the first medals in the fourth year of its existence. 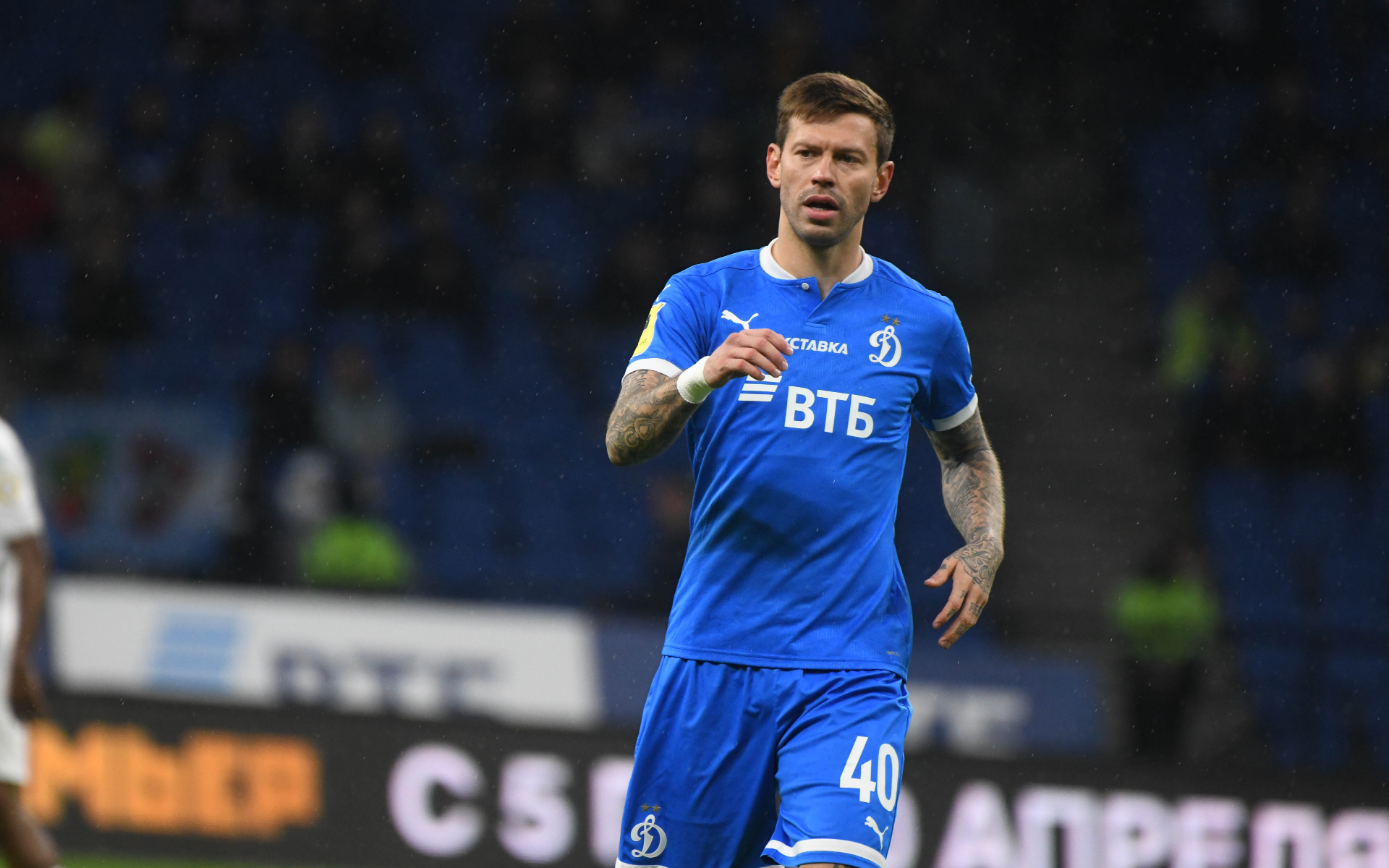 True, getting into the top three does not give serious preferences, since Russian clubs have been removed from European competition.

The struggle for survival on the centenary instead of the championship

In the current campaign, the club showed one of the worst seasons in Russian history. Throughout the championship, the team did not rise above the seventh line.

Age of Spartacus. The history of the most titled club in Russia in a photo essay 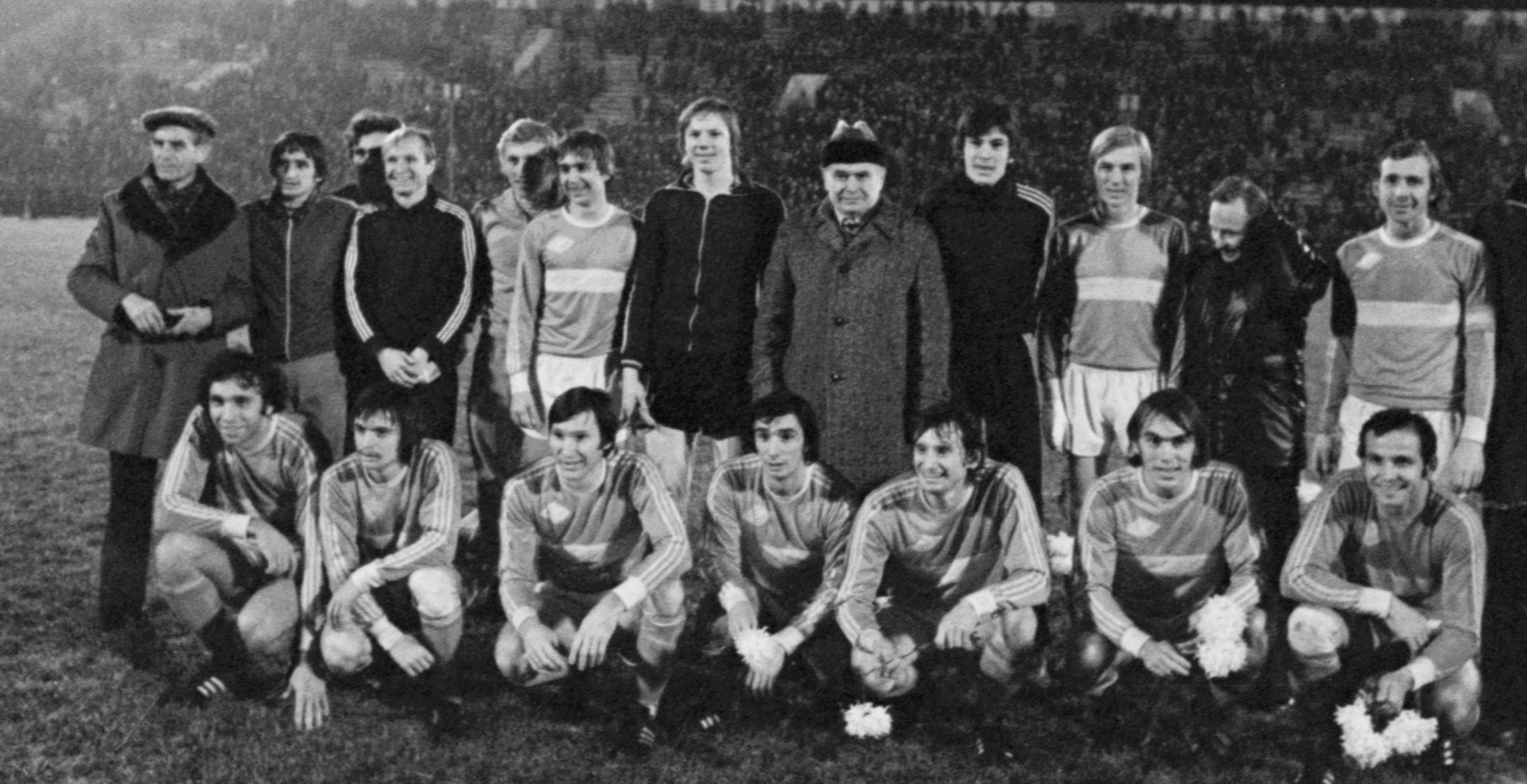 The Red-Whites started the tournament under the leadership of Rui Vitoria, who arrived in the off-season, and came up to the winter break in ninth place. Due to poor results in the RPL, the Portuguese was replaced by the Italian Paolo Vanoli. However, the situation has not changed. By the end of the tournament, the task of maintaining residence in the RPL was already set, since several points separated the play-off zone from the play-off zone. Spartak was not in such a situation even in 2003, when it showed the worst result – 10th place (36 points). This season, Spartak also ended up in 10th place, but scored two points more than 19 years ago.

Who was in the relegation zone

Arsenal said goodbye to the Premier League a few more rounds before the end of the championship, taking the last, 16th place ahead of schedule. Several clubs could fly out from the 15th position at once, but Rubin was not lucky. Kazan in the last round of the house took “Ufa”, which was two points behind the team of Leonid Slutsky. Guests pulled out a victory (2:1) in the last minute of normal time. Rubin had a chance to save the game and the season in stoppage time, but Vitaly Lisakovich missed the penalty.

“Arsenal” and “Rubin” flew out of the RPL, “Ufa” and “Khimki” will play in the joints 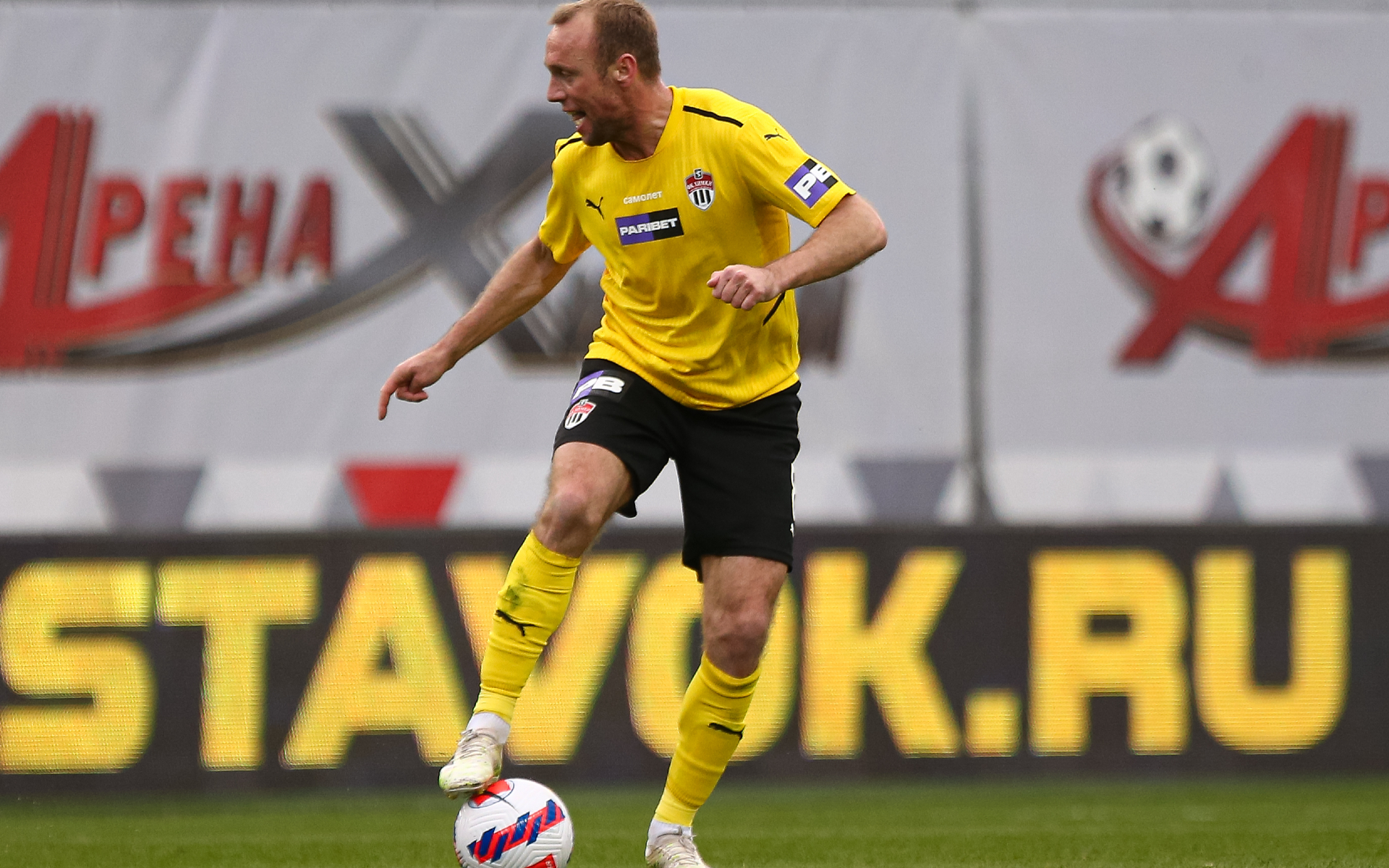 In the play-offs for the right to remain in the top division, Ufa (14th place) and Moscow Region Khimki (13th) will play. The former will play against Orenburg, the latter against SKA-Khabarovsk. Torpedo Moscow and Fakel Voronezh won a direct ticket from the FNL to the RPL.

In March, Russian clubs faced a mass exodus of legionnaires due to the situation in Ukraine. The greatest losses were suffered by Kazan Rubin, where the leading roles were mainly legionnaires, and Krasnodar, which also lost the German head coach Daniel Farke, who was invited in January.

If the Kuban club, even after the loss of foreigners, was able to maintain the same pace at the expense of its own pupils and did not fall out of the top 5, then Rubin, which was eighth, soon fell into the relegation zone with seven defeats in nine games.

It is noteworthy that the outflow of foreigners practically did not affect Moscow clubs and Zenit. Changes occurred only in Lokomotiv, which lost the head coach of the German Markus Gisdol. At the same time, Dynamo Moscow, in addition to Ordets, left the Ukrainian coach Andrei Voronin.

Forward “Ufa” Hamid Agalarov is the main discovery of the season. With 19 goals, the 21-year-old pupil of Anji Makhachkala became the top scorer of the championship. For the first time in three years, the scorer’s race was won by a non-Zenith player. Since the 2012/13 season, only Fedor Smolov (2015/16) and Artem Dziuba (2020/21) have scored more — 20 each.

Agalarov could have ended up in Zenit, but in January 2020 he did not fit the club based on the results of the views. As a result, he has been playing for Ufa since the 2019/20 season. However, earlier he was not noticeable – in two years he entered the field only five times. He spent most of last season in the Astrakhan club of the Football National League (FNL) Volgar, for which he scored five goals in 14 games.

In the off-season, the 21-year-old forward returned to Ufa, where he began the season on the bench. In the lost match against CSKA (0:1) he spent 16 minutes, and with Dynamo (2:3) – 18. In the meeting with the Blue and White he entered the field with a score of 0:2 in the 72nd minute, when his team played in the minority. But by the 86th minute, he scored a double, sensationally leveling the score in the match.

After that, he invariably got into the starting lineup, and from April 14 to September 18, he scored in every match. In five games, he chalked up six goals, leading the scorer race. Thanks to his game, he received a call to the next matches of the national team, but did not get into the final squad due to his performance for the youth team.

In the 12th round, Zenit inflicted on Spartak the most devastating defeat in national tournaments 7:1. For the first time in the history of the RPL, Spartak conceded seven goals in one match. Never before have the Red-Whites conceded more than five goals in one match of the Russian Championship. Before this match, Spartak also suffered the biggest defeat in the championship from Zenit – 0:5 in August 2012.

The capital club was also one step away from the most devastating defeat in history, regardless of the tournament. In December 2017, the Red-Whites lost 0-7 to Liverpool in the away match of the Champions League.

The current season could not avoid judicial scandals. For example, following the results of the 14th round, the RFU suspended three referees until the end of the season. Also, the RPL announced plans to contact the police against referee Alexei Matyunin.

The greatest pressure on the judges was exerted by Spartak, partly in the person of Zarema Salikhova, the wife of club owner Leonid Fedun. And often the claims of the “red-whites” were justified. For example, in the spring, Spartak complained about the judges following the results of three rounds in a row and three times the RFU partially recognized the correctness of the club’s claims. The leading referee of Russia, Sergei Karasev, also got it, who, due to an error in the Lokomotiv-Spartak match, was suspended for one game.

According to RPL President Ashot Khachaturyants, frequent refereeing mistakes are due to lack of experience.

“The situation now is such that almost half of those referees who are now working on RPL matches do not even have 30 games in their assets. They will actually need to acquire this experience, including through mistakes. We have no other way. Otherwise, we cannot attract young people to judge the RPL. Now in August, four more referees will receive a VAR license and will be able to judge in the RPL, ”Khachaturyants said on Match TV.

He added that the size of the fees of the arbitrators is not “a reason for bad refereeing.”

Sivasspor won the Turkish Cup for the first time

Ukraine – Georgia – 79:66. An important victory in Riga. Video review of the match