After two days off national team of Ukraine continued to work at the training camp in Slovenia before the playoff matches of the 2022 World Cup qualifier and the 2022/23 League of Nations.

Two days spent with loved ones – wives and children – gave the players the opportunity to take a breath and get the necessary charge of positive emotions. Some of the players decided not to leave the national team’s location in Brdo, working individually – on their own or with coaches.

On May 21, the team got together again, and the collections held a joint evening workout, the main goal of which was to return to work after a break. After the warm-up, the players practiced passing with shots on small goals, and also played series of games.

Now it is important to get a certain level of physical and game loads so that the body feels in sports shape again. 16 field players and 3 goalkeepers worked on the field. Denis Popov is undergoing treatment under the supervision of the medical staff of the national team.

VIDEO. After a pause, the Ukrainian team trained together again 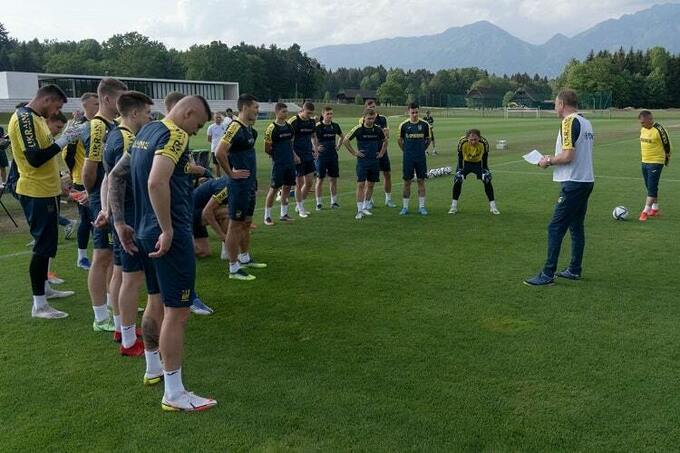 The fight of the coaches, the shame of Manchester United. The main thing about the matches of the football championships of Europe