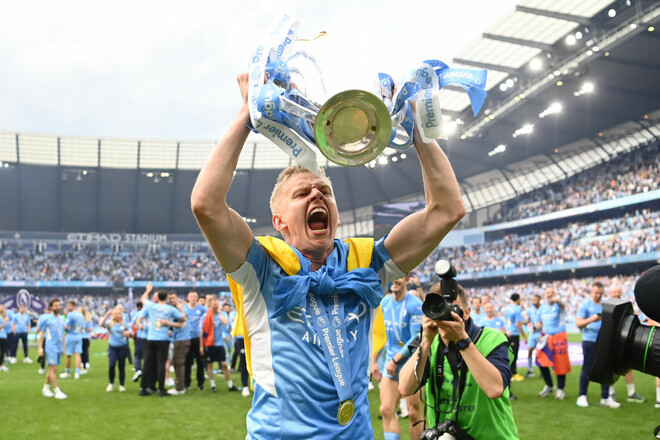 The Manchester team won the 2021/22 Premier League title after a dramatic 3-2 win over Aston Villa.

Zinchenko helped Manchester City win the title by playing in the second half for the Citizens and assisted when his team equalized.

For Zinchenko, this is the fourth triumph with Man City in the Premier League. Prior to that, the Ukrainian became the champion with the Manchester club in the seasons 2017/18, 2018/19, 2020/21.

Robert LEWANDOWSKI on Bavaria: “Where is the loyalty and respect then?”

VIDEO. Tsygankov in overtime designed the advantage of Dynamo in two goals!